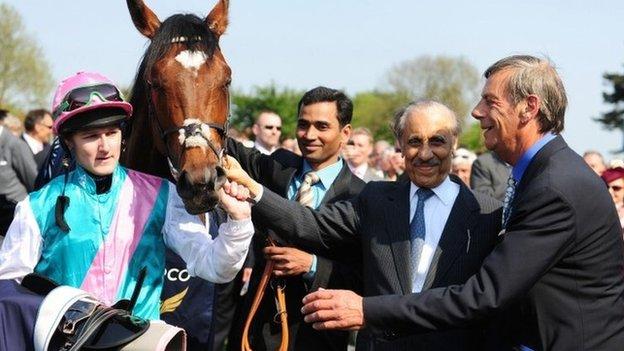 His Highness Prince Khalid bin Abdullah, one of the most successful owner/breeders in history through his Juddmonte Farms dynasty, died on January 12 in his 84th year.

"Prince Khalid will always be remembered as a quiet, dignified, benevolent family man, whose horses spoke for him", said Douglas Erskine Crum, Juddmonte's chief executive. "His contribution to the development of the Thoroughbred will have long-lasting effects".

Frankel, named after the late American trainer Bobby Frankel, is in the conversation as the greatest ever racehorse after an unbeaten career in which he won 14 races from 2010-12.

Prince Khalid was key figure in the horseracing world for more than 40 years. She was ridden to all her major triumphs by Frankie Dettori.

Juddmonte has a British breeding operation at Banstead Manor Stud near Newmarket, and another base near Kentucky in the United States.