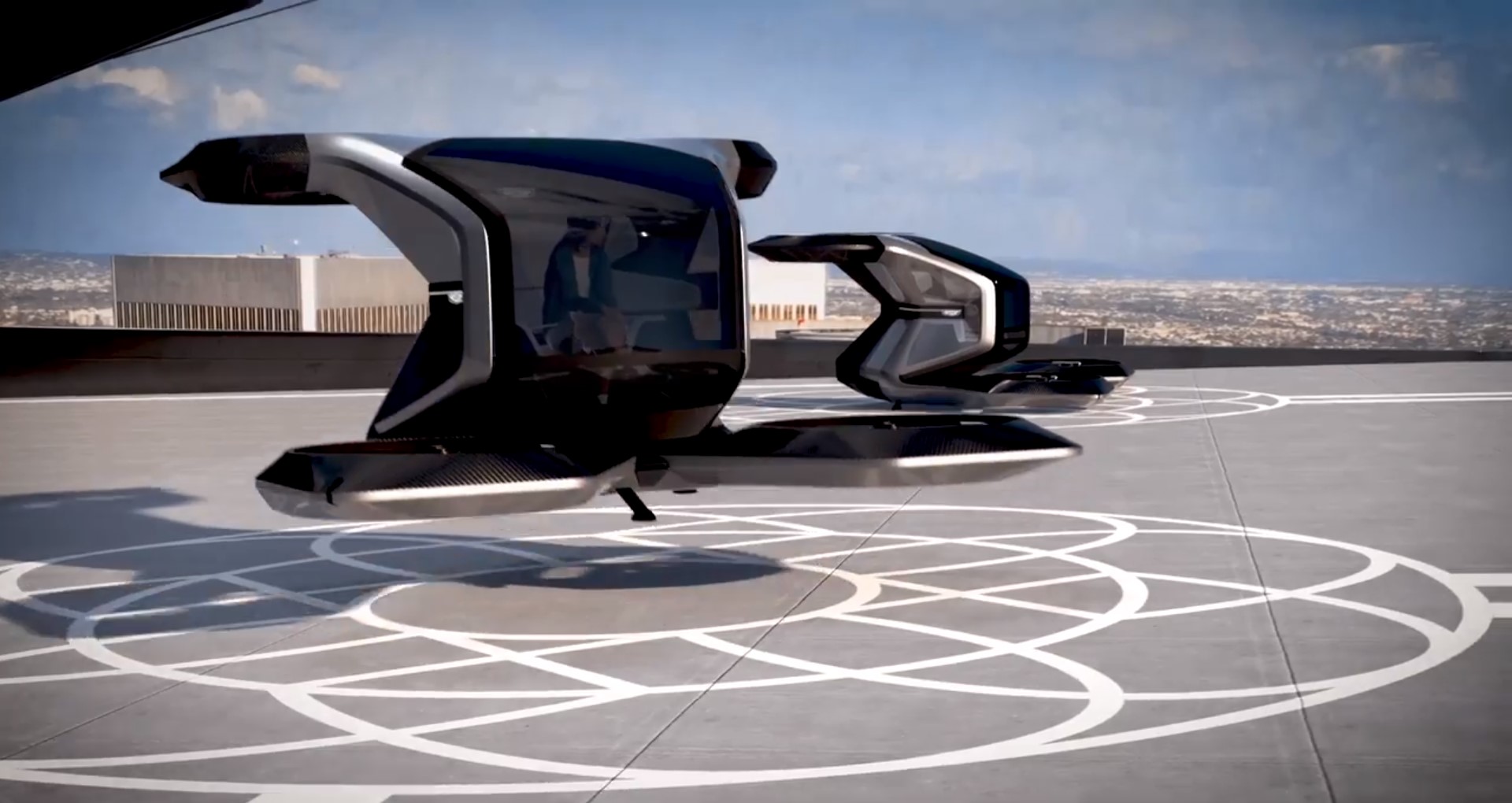 The flying Cadillac from GM can only carry a single passenger and is technically more akin to a VTOL drone (Vertica Take off and Landing).

General Motors (GM) is taking its business to new heights by unveiling a flying self-driving taxi under its Cadillac brand at the Consumer Electronics Show (CES).

As part of the storied auto company's keynote address delivered yesterday, Cadillac revealed two futuristic models from its Halo Portfolio, and depending on whether you're into minimalist art or like your soaring vehicles with a bit more sci-fi infused, you'll either love 'em or hate 'em.

The flying Cadillac was presented in a video as part of a virtual keynote presentation by GM CEO Chief Executive Mary Barra.

It is fully fully autonomous and all-electric, with a 90kW motor, a GM Ultium battery pack and an ultra-lightweight body with four pairs of rotors. So you can hop into the drone to catch a meeting across town. The vehicles are completely autonomous and will meet and drop passengers to the landing port closest to their destination.

This would bypass traffic, crowds and other obstacles that stand in the way of commuters traveling from A to B. GM's Michael Simcoe said at the CES event, "It's a concept for when time is of the essence".

Cadillac's PAV concept pod appears to be a luxurious mini-limo with all the creature comforts of a groovy, leather-appointed lounge on wheels.

The boxy shuttle does not feature windows on the side, but has a large sheet of glass as the roof and around the back.

"VTOL is a key to GM's vision for a multimodal future", the narrator said, voicing over a simulation of the aircraft in flight.

A senior GM executive described the concept as "reimagining the future of personal transportation".