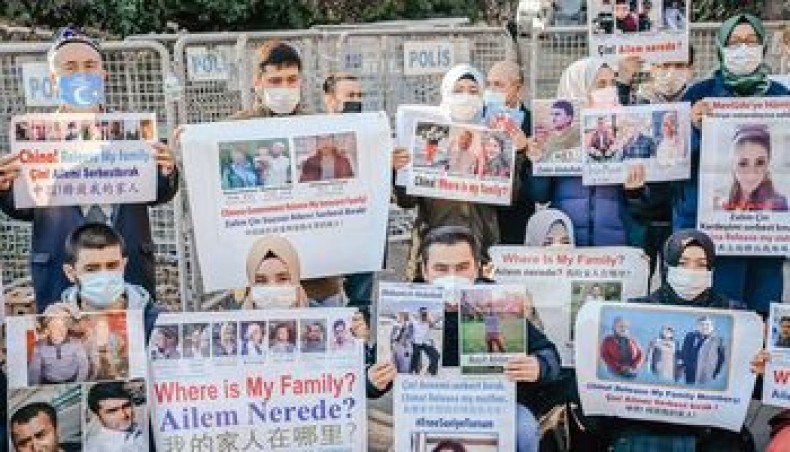 After Twitter received complaints about the tweet, the company initially responded that the embassy's tweet did not violate Twitter's rules. It was also claimed that people with more than two children were being put into detention centres, prisons and concentration camps if they were unable to pay the heavy fines being forced on them.

An Associated Press report in June had said that the Chinese government was forcing draconian birth control measures on Uighurs, Kazakhs, and other ethnic minorities in Xinjiang, including IUD fittings, contraceptives, and even abortions and sterilisations.

"Appalled and disgusted at lies" of the Chinese embassy, tweeted Sam Brownback, the United States envoy on worldwide religious freedom.

"Coercive population control is not reproductive healthcare", Brownback tweeted. "(Uighur) women deserve to enjoy their religious freedom and unalienable rights with dignity to make their own choices".

The original tweet had linked to an article by China Daily, a state-run newspaper, which alleged the eradication of extremism in Xinjiang "had given Uighur women more autonomy when deciding whether to have children".

In June previous year, the Associated Press reported the Chinese government "regularly subjects minority women to pregnancy checks, and forces intrauterine devices, sterilization and even abortion on hundreds of thousands". "But in 2019, they said there is an order from the government that every woman from 18 years to 59-years-old has to be sterilised", Qelbinur Sidik told the Guardian.

The Guardian report stated that in the past few years, China has escalated its crackdown on ethnic Muslim minorities in the Xinjiang region, including the mass internment of an estimated one million people, intense human and digital surveillance, re-education programs, suppression of religious activities and destruction of religious sites.

China insisted it was offering vocational training to reduce the allure of extremism in the wake of attacks.

Uighurs showing adherence to conservative Islamic customs - including praying, fasting, abstaining from alcohol, growing a beard or wearing Islamic clothing - have been detained by authorities. The practice is "widespread and systematic", according to an AP investigation.

German scholar and Chinese expert Adrian Zenz has said the Chinese government is engaged in population control of Uighurs.

Australia vs. India: Tim Paine retirement talk too early, says Brad Haddin
Paine was caught constantly chatting to R Ashwin during India' rearguard forcing the batsman to pull away on multiple occasions. Ashwin replied: "Just like we wanna get you to India, may be your last series". "That will be your last series". 1/12/2021

Sergio Aguero will miss Manchester City's clash with Brighton
Guardiola said: "They are a joy to watch and analyse". 'All I am concerned about is Brighton , ' he said. The 32-year-old, who has not started a game since October, had been expected to feature last weekend. 1/12/2021

Nadal, Djokovic headline depleted 12-nation tournament — ATP Cup
Qualification for the ATP Cup is based on the ranking of each country's top player, with Australia included on a wildcard entry. Having last played nearly a year ago at the Mexican Open, Nick Kyrgios was expected to kick off his 2021 season at the ATP Cup. 1/12/2021

Prince Charles to unveil Earth Charter at One Planet Summit in Paris
The Prince of Wales has launched a new charter in order to promote sustainable practices within the private business sector. Prince Charles has unveiled an action plan for companies to reduce their carbon footprint . 1/12/2021

Ireland To Lay Bare Scandal Of Baby Deaths At Church-run Homes
A report by the Commission of Investigation is set to reveal 9,000 children died in the facilities that were scrutinised. The Government has also faced criticism over its mishandling of the report a year ago . 1/12/2021

Back From Injury, Neymar Resumes Training With PSG
Neymar's absence casts doubt on whether he can play in the French Champions Trophy against bitter rivals Marseille on Wednesday. And the Brazil worldwide return with a new manager at the helm in former Tottenham boss Mauricio Pochettino. 1/12/2021