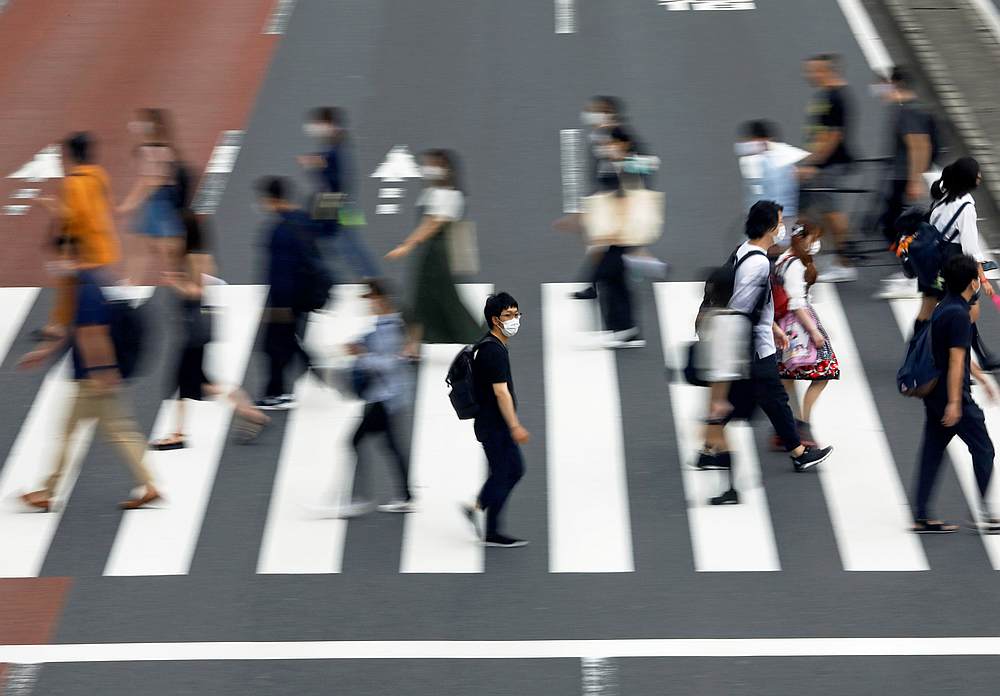 Tokyo reported a record 493 new coronavirus cases on Wednesday, with the metropolitan government planning to raise its virus alert to the highest level amid a resurgence, local government sources said.

A man wearing a protective face mask crosses the street amid the Covid-19 outbreak in Tokyo, Japan July 30, 2020.

Infectious disease experts and doctors are scheduled to meet on Thursday to assess the current situation. In the week to Tuesday, the average daily number of new infections stood at 309.9, nearing the level seen in early August, when Tokyo saw a peak of daily cases at 472.

Still, Japan is far from the critical number of infections and deaths seen in many Western countries, with about 121,000 positive cases and 1,920 deaths reported so far.

Kato explained last week that the national daily tally of new coronavirus cases has topped 1,000 on a number of occasions.

The number of cases in which infection routes can not be traced has also been rising since the start of this month.

Tokyo had lowered the alert level to the second-highest rank on September 10 after the daily number of infections had come down from a summer peak of 300-400 cases.

The Nikkei said the capital would keep its alert level for medical preparedness at the second-highest, indicating a need to boost capacity but that conditions were not yet tight.

The officials appear to be undecided about whether to ask restaurants and bars to shorten their business hours.