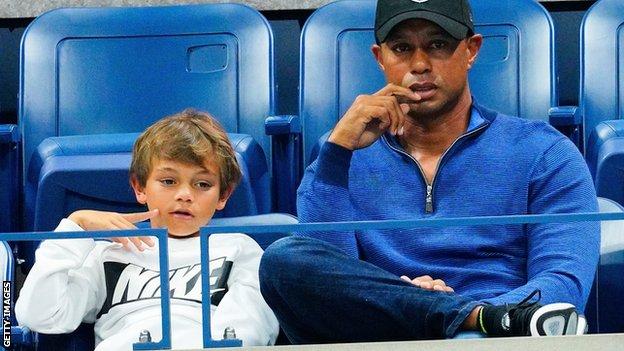 Tiger Woods and his 11-year-old son Charlie are teaming up for the very first time to play at the PNC Championship, a yearly father-son golf tournament.

Woods, 44, who has won 15 majors, will make his debut in the tournament.

The PNC Championship - which, in total, will feature 20 major winners paired alongside a family member of their choosing - has a total purse of $1,085,000. and winners even get a dope trophy!

"I can't tell you how excited I am to be playing with Charlie in our first official tournament together", Woods said in a statement Thursday. "It's been great watching him progress as a junior golfer and it will be incredible playing as a team together in the PNC Championship", Woods said.

The tournament will be held in Orlando, Florida, from December 19-20, and numerous other golfers will be playing alongside one of their family members.

The young Woods has shown signs that he has some of his father's golfing genes by winning his age group at a nine hole U.S. Kids golf event in August by five shots. "It reminds me so much of me and my dad".