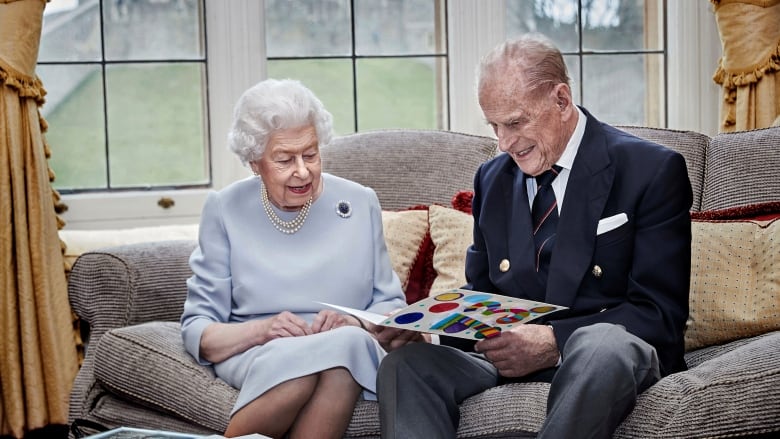 Britain's Queen Elizabeth II and Prince Philip will celebrate their 73rd wedding anniversary Friday, and for the occasion the royal couple have released a photograph of themselves opening a card from three of their great-grandchildren.

The photo made public late Thursday shows Britain's longest-reigning monarch and her husband seated on a sofa at Windsor Castle, examining the card made by the children of their grandson Prince William and his wife, the Duchess of Cambridge.

The gift from George, Charlotte and Louis features a large number 73 which has been coloured in with stripes and pops out from the front of the card. A small pile of anniversary cards and letters are also visible on a nearby table.

Читайте также: Tiger Woods will team up with son Charlie for PNC Championship

Dressed in a pale blue double wool crepe dress by the royal dressmaker Stewart Parvin, the Queen gave a nod to the couple's honeymoon by wearing the Chrysanthemum Brooch.

It was November 20, 1947 in a lavish wedding ceremony at Westminster Abbey in London, Princess Elizabeth (21) married her Philip Mountbatten (26), a former prince of Greece and Denmark. She wore the piece again in images taken to mark their 60th wedding anniversary in 2007.

They own several properties together including Buckingham Palace, their main London residence, Windsor Castle, their second home where they are now isolating during lockdown and where their recent photo was taken, the Sandringham Estate in Norfolk, and Balmoral Castle in Scotland.