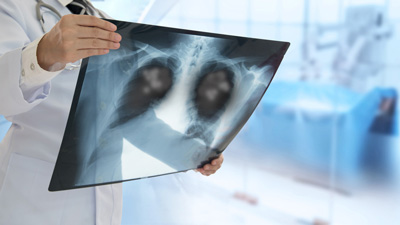 The American Lung Association recommends screenings for those 55 to 80 with a history of smoking, those still smoking, or those who quit within the last 15 years.

But the state was in the middle of the pack when it came to the early diagnosis of lung cancer and the five-year survival rate for people diagnosed with the disease. "We offer smoking cessation programs".

"New Jerseyans are living longer with lung cancer. and it is really showing that our new diagnostic tools, as well as medications, are keeping people healthier", said Michael Seilback, the association's national assistant vice president for state public policy. But it also says more indigenous people are being diagnosed with lung cancer. "It has spread to other organs in the body, so it can't be treated with surgery, and the treatments have to be more aggressive, so the survival rates are lower".

"While we celebrate that more Americans are surviving lung cancer, too many people are being left behind, and the disease still remains the leading cause of cancer deaths", Erica Costa, advocacy director for the American Lung Association in California, said in a press release.

Most people know about the obvious symptoms, such as coughing, chest pain, and shortness of breath, but back pain, feeling exhausted all the time, and sudden weight loss are also major symptoms.

The report states that ME has the seventh-highest rate of the new diagnoses at 72.4 per 100,000 people. Some of these reasons may be unavoidable, but no one should go untreated because of lack of provider or patient knowledge, stigma associated with lung cancer, fatalism after diagnosis, or cost of treatment.

Nationally, about 15.2 percent of cases receive no treatment.

Strother agreed that "screening is the key to finding lung cancer early when it's much more curable".

Each year, more people die of lung cancer than of colon, breast, and prostate cancers combined.

The organization is concerned about the early diagnosis among Latinos, which it says is 16%.

"Minnesota is above average in that and for survival, we're actually second in the country".

Screening and Prevention: Screening for lung cancer with annual low-dose CT scans among those who qualify can reduce the lung cancer death rate by up to 20%.