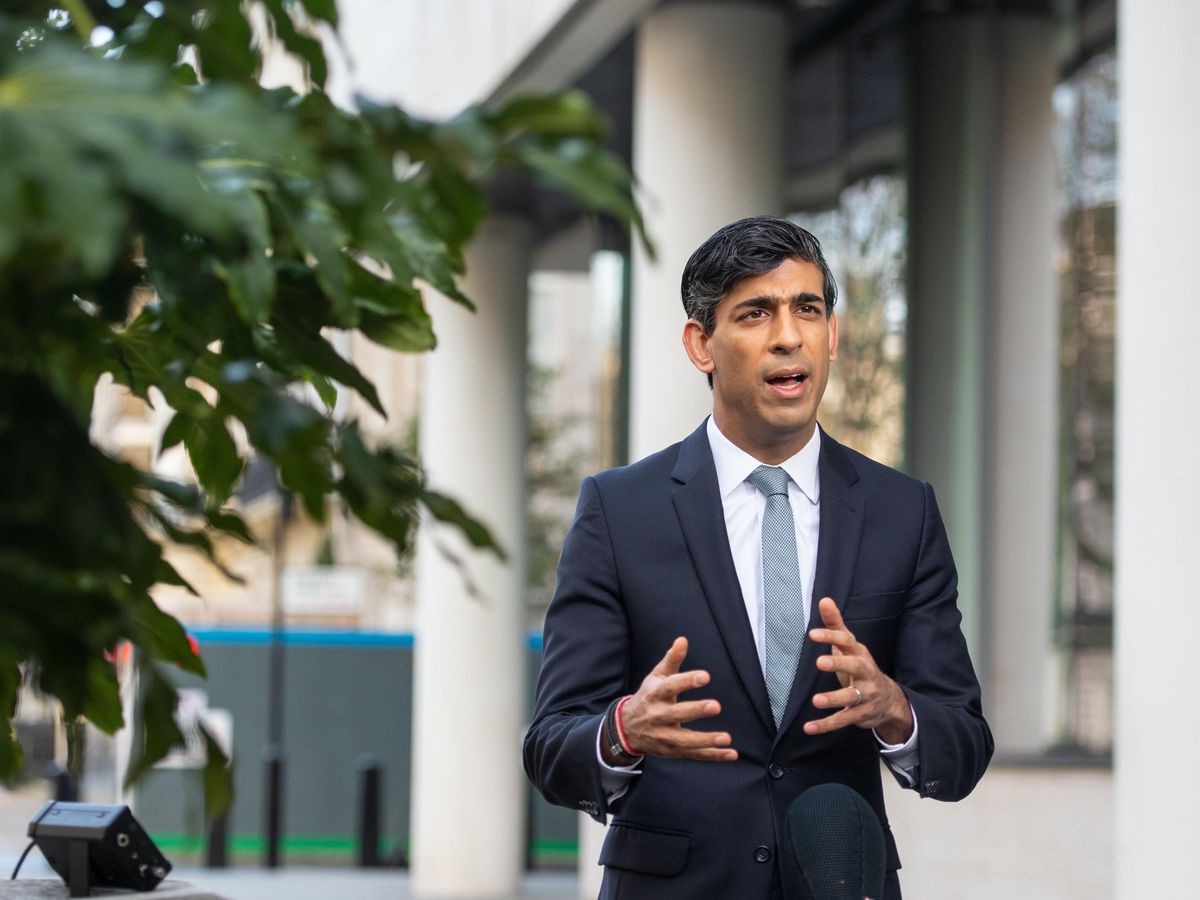 The Prime Minister is understood to be preparing to unveil a plan so that while last orders must be called at 10pm, people will get an extra hour to finish their food and drinks, with opening hours to be extended until 11pm.

On Monday, the prime minister Boris Johnson is expected to reveal his "Covid winter plan", which will detail the exit strategy for the second national lockdown.

"I think, frustrating as it is for all of us, Christmas is not going to be normal this year", he told Sky's Sophy Ridge On Sunday.

After the national lockdown in England ends on 2 December, areas will be placed in a three-tiered system of local restrictions the government has said.

And while some local measures will be the same as those in the previous system, some tiers will be strengthened to safeguard the gains made during the national lockdown.

Once the PM announces the plan to parliament on Monday, ministers will set out what tier each geographical area is placed in before MPs vote on it on Thursday. 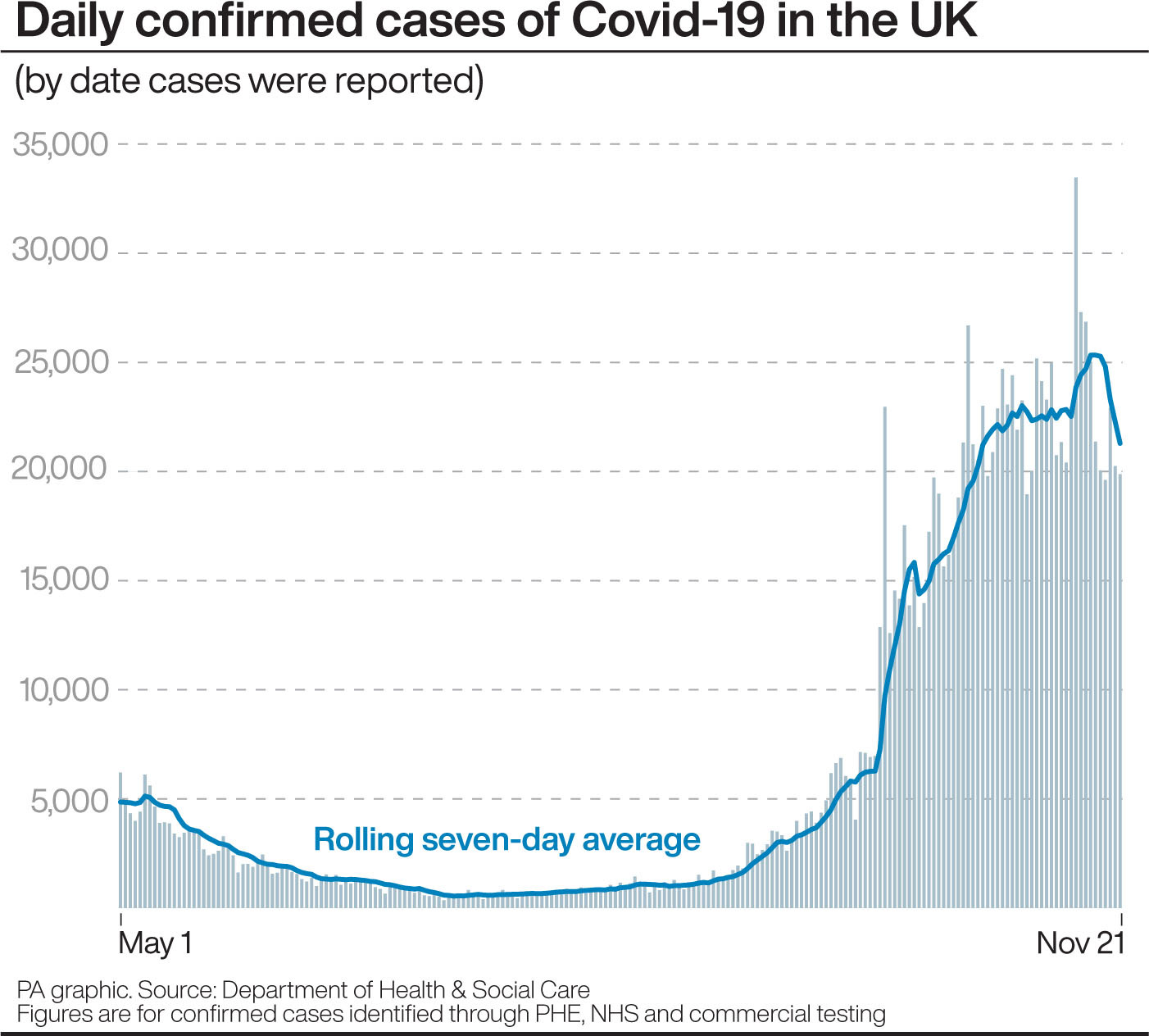 A No 10 spokesman said: "Everyone's efforts during the current national restrictions have helped bring the virus back under control, slowed its spread and eased pressures on the NHS".

"But the Prime Minister and his scientific advisors are clear the virus is still present - and without regional restrictions it could quickly run out of control again before vaccines and mass testing have had an effect. That would put in jeopardy the progress the country has made, and once again risk intolerable pressure on the NHS", the spokesperson said.

The plans emerged as the government announced a further 341 coronavirus deaths, bringing the United Kingdom total to 54,626.

The Office for National Statistics (ONS) has said the number of coronavirus infections in England appears to have "levelled off" in recent weeks.

In this, he will include details of how families can spend Christmas with their loved ones, along with a new three tier system.

The warning against measures inflicting "huge health and economic costs" came in a letter to the Prime Minister, which sources close to the group said had been signed by 70 Conservative MPs, though the group's leaders were the only signatories identified.

They also raise specific concerns about outside sport, the 10pm curfew for pubs and restaurants, closure of non-essential retail and care home visits.

"We can not live under such a series of damaging lockdowns and apparently arbitrary restrictions, and expect our constituents to be grateful for being let out to enjoy the festive season, only to have strict restrictions imposed on them afterwards that cause them health problems and destroy their livelihoods", the MPs write.

Mr Johnson will announce the full plans for winter in the House of Commons on Monday.

They are optimistic that restrictions can be gradually reduced in the run-up to spring, providing vaccines are approved by regulators, allowing a plan for the rollout to begin next month before a wider programme in the new year.

The plans emerged as the Government announced a further 341 people had died within 28 days of testing positive for COVID-19 as of Saturday, bringing the United Kingdom total to 54,626.

"It is the prime minister's hope and belief that progress in mass testing can - if everyone continues to pull together - provide a way to suppress the virus and relax restrictions until a vaccine becomes available".

Dutch journalist gatecrashes European Union defence video conference
The video published by the broadcaster shows EU's Josep Borrell asking "Who are you?" and noting the call has been "intercepted". The Dutch tech reporter made a decision to sign off then, saying "bye bye" to the conference before exiting the call. 11/22/2020

Why Pep Guardiola has signed new Manchester City deal
I want him to finish his career there", Guardiola told reporters ahead of Saturday's Premier League trip to Tottenham Hotspur. City was linked with the 33-year-old Messi after he put in a transfer request at Barcelona during the offseason. 11/22/2020

Oxford Study: COVID-19 Reinfection Unlikely for at Least 6 Months
This, the authors wrote, "represents major determinants of immune protection on an individual as well as population level". Coronavirus is absolutely a new infection in people and people don't have immunity to the virus when the pandemic started. 11/22/2020

Australian Open Decision "Soon", Says Tournament Chief
Tennis Australia says the dates for next years Australian Open in Melbourne should be known within two weeks. But the Melbourne _Herald Sun _said it could be pushed back as far as early March. 11/22/2020

LaMelo Ball Answers Whether LaVar Could Beat MJ 1-On-1
Ball averaged 2.2 points while playing at Washington State while Jordan was a 14-time NBA All-Star and 10-time scoring champion. LaVar Ball turned heads when told USA TODAY Sports in 2017 that he "would kill" Jordan in a one-on-one game in his prime. 11/22/2020

Newcastle confirm taking a legal action against Premier League for THIS reason
So, it appears that the EPL has leaked the contents of their letter to some people who have commented in the public domain. Ashley, who has owned Newcastle since 2007, has been trying to sell the club for years. 11/22/2020

Guatemala: Congress on fire after protesters storm building
He said he defends people's right to protest "but neither can we allow people to vandalise public or private property". The president said he had been meeting with various groups to present changes to the controversial budget. 11/22/2020