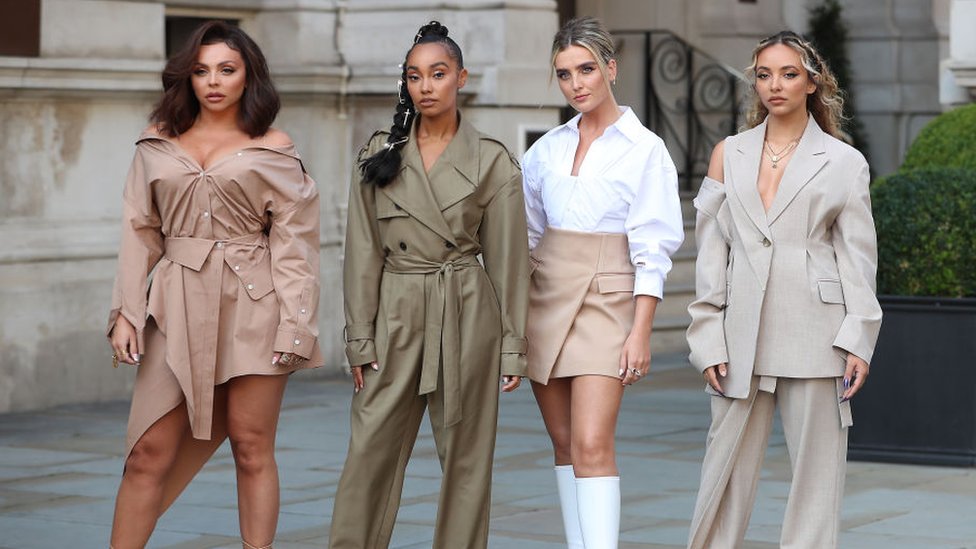 On Tuesday, it was announced that Jesy Nelson was taking an extended break for "private medical reasons".

Perrie Edwards admitted that life as a pop star isn't all it's cracked up to be, saying: "I don't think we expected it to be this hard".

Edwards told The Jonathan Ross Show on ITV the group are "willing to work" for their success - which has seen them score four United Kingdom number one singles, and launch their own TV talent show. "I think it's nice that people are starting to do their own bits and bobs", she said.

Her remarks come after band member Jesy Nelson disclosed she was temporarily taking a step back from the pop group.

The singers, who found fame on The X Factor nearly 10 years ago, said a lot goes on behind-the-scenes.

"When you're young and you think of being a popstar, you think, "Oh I want everyone to love me and ask for my autograph...' then you get thrown into it and you're like, 'Holy s**t balls it's a lot".

"We will not be issuing any further comment now and ask media to please respect her privacy at this time", the rep said. But we love success so we're willing to work for it and it's been an unbelievable 10 years.

Fellow star Leigh-Anne Pinnock noted how "people don't see how hard it is, the things that go on behind the scenes".

Little Mix performed as a three-piece on the Jonathan Ross Show.

She said that despite it all, the "beauty of being in a band" is that each supports the other.

"Our mams would be the first to tell us off if we were getting a bit big headed", she added.