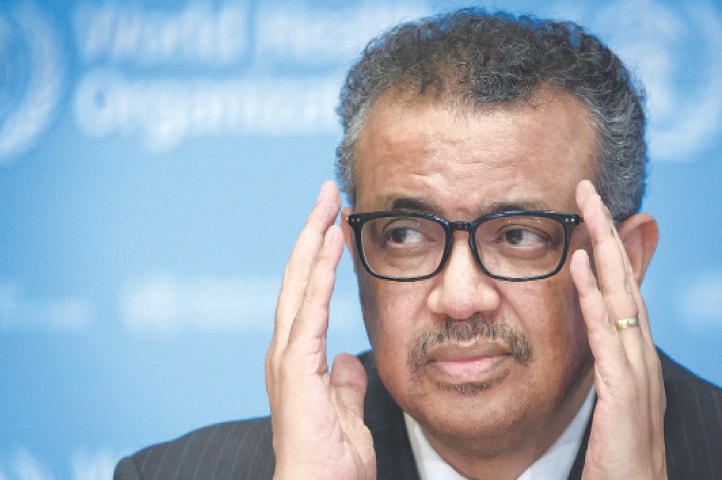 Prime Minister Abiy Ahmed, last year's Nobel Peace Prize victor, unleashed a military campaign in the Tigray region on November 4 with the declared aim of unseating its ruling party, the Tigray People's Liberation Front (TPLF), which he accuses of defying his government and seeking to destabilise it.

"He has worked in neighbouring countries to condemn the war. He has worked for them to get weapons", said Berhanu, without offering evidence to support the claims.

He said Tedros had "left no stone unturned" to help the TPLF, the party Abiy says he is targeting in a military offensive in the region. Redwan Hussein, spokesman for an Ethiopian crisis committee handling the conflict, said that "our defence forces are moving forward and closing in on Mekele".

Tedros has yet to respond to the accusation.

After being voted in as the head of the World Health Organization in 2017, Dr Tedros became well known at the beginning of the coronavirus pandemic and is now arguably the highest-profile Tigrayan overseas.

More than 30,000 people have crossed the border from Ethiopia into Sudan.

Abiy has insisted the military operation's narrow target is the "reactionary and rogue" members of the TPLF, and not ordinary Tigrayan civilians.

But observers have voiced concern about Tigrayans losing their jobs or being arrested for their ethnicity.

Fighting broke out in early November following weeks of tensions between Mr Abiy and the TPLF, a powerful regional authority that once dominated Ethiopian politics but has felt marginalised since Abiy came to power.

The party has complained about being sidelined and blamed for the country's woes.

The feud escalated in September when Tigray held a regional election, defying a nationwide ban on all polls imposed because of the coronavirus pandemic.

Abiy initiated a military campaign against the Tigray region on November 4 after accusing the TPLF of attacking federal troops in the area.

A communications blackout in Tigray has made claims hard to verify, but the overall toll is believed to be in the hundreds.

"As we enter the final phase of law enforcement operations against this group, we would like to remind the leaders of this group that the atrocities that have been committed by their forces and loyalists in places like Maykadra constitute serious crimes both under Ethiopian and global law", the statement said, using an alternative spelling.

The leader of rebel forces said on Thursday that the town of Axum remained in their hands though another locality, Shire, had fallen to federal troops seeking to close in on the state capital Mekelle.

Clashes were reported for a second day Wednesday in the northern town of Shire, where camps house thousands of Eritrean refugees.

A senior Tigrayan official, Wondimu Asamnew, said that Tigrayan forces "have adopted a defensive posture on all fronts".

"We're inflicting heavy defeats on all fronts against the forces that came to attack us", Tigrayan leader Debretsion Gebremichael said in a statement, referring to federal forces.