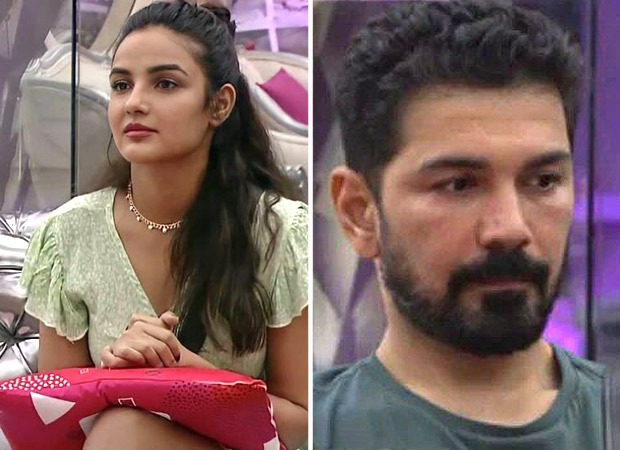 Also Read - Bigg Boss 14: Was Eijaz Khan's decision to eliminate his own representative, Pavitra Punia, out of captaincy race right?

In tonight's episode of Bigg Boss 14, the contestants woke up to the tunes of the song Twist. Bigg Boss announced the cancellation of the task because the housemates did not perform it well according to the rules. As a part of the captaincy task, all four of the contenders had to sit inside huge boxes while the others had try to remove the participant who they didn't wish to see as the captain.

Jasmin Bhasin is seen taking a bag along. As the King, Rahul is also seen destroying materials needed to make hearts, to which Rubina objects, as both King and Queen can not participate actively in the task. However, Abhinav refused to play for him.

Responding to this, Jasmin said that she and Aly are playing their own games and that she will not agree with Aly everytime. Rahul Vaidya was the sanchalak (moderator) of the task. An angry Eijaz pulled away Pavitra's box.

Because of Rahul's involvement and citing his intentions to make Jasmin the victor in the end, Eijaz eliminated his own representative Pavitra Punia, thus eliminating himself out of the captaincy race.

Jaan Kumar Sanu's target during the task was Kavita Kaushik. The last remaining contestant will be chosen as the captain. Plotting starts again. Nikki goes and breaks heart out of the blue as she first discusses with Kavita. And since the two were inside the box for nearly 24 hours, Bigg Boss had to stop the task and asked Rahul to choose a victor between the two.

Watch this space for more updates on Bigg Boss 14.