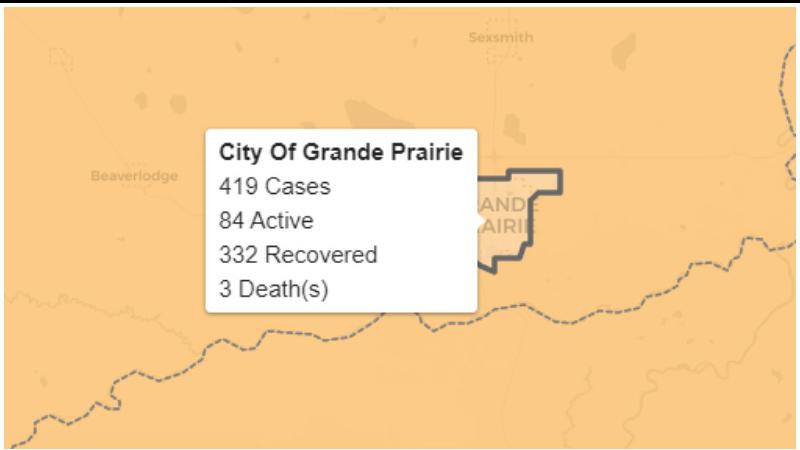 On Wednesday, Alberta's Chief Medical Officer of Health Dr. Deena Hinshaw announced 732 new cases of COVID-19 diagnosed in the past 24 hours across the province with Alberta Health Services gearing up to expand Intensive Care Unit (ICU) and hospital space in preparation for a continuing surge of COVID-19 cases.

But, she said, there are consequences to these measures in delayed access to non-COVID care and there is a ceiling to capacity expansions.

Hospitalizations were mostly unchanged, with 284 people now being treated in acute-care for COVID-19, with 61 of them in ICU beds.

It's only the second time Alberta has reported more than 1,000 cases in a single day.

NDP officials say that on November 6, Premier Jason Kenney said "it is concerning to see over 10 per cent of cases traceable to people who have had COVID symptoms and have gone out into the public, gone to work, and gone to socialize".

A man in his 70s from the Edmonton zone. This death is linked to an outbreak at Grey Nuns Community Hospital.

A man in his 80s from the Calgary zone; his death is linked to the outbreak at Sage Hill Retirement Residence.