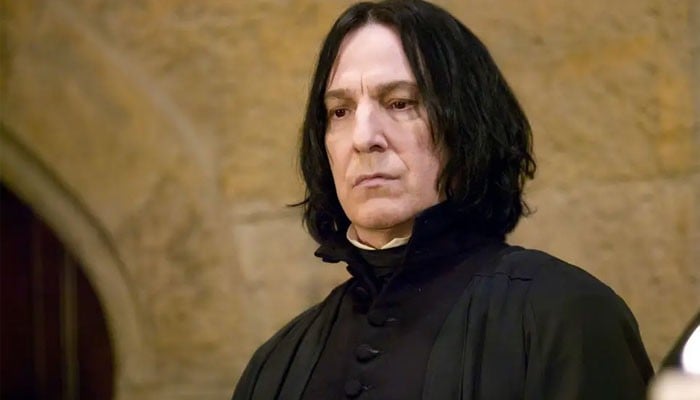 The "witty, gossipy and utterly candid" entries are said to have been written over more than 25 years and will be edited down.

As reported by The Guardian, Rickman's journals covered everything from his thoughts on acting to insights on friendships and politics.

Publisher Canongate has acquired the rights to the book, reportedly titled The Diaries of Alan Rickman.

The book will be edited by Alan Taylor, editor of the Scottish Review of Books. He put together The Country Diaries.

The handwritten volumes are described as "witty, gossipy and utterly candid" in their description of his daily life. "The diaries reveal not just Alan Rickman the actor but the real Alan - his sense of humour, his sharp observation, his craftsmanship and his devotion to the arts", Horton said.

The avid theatre-goer also reviewed plays he attended and shared behind-the-scenes stories from the set of Harry Potter, which he was a part of for a decade, between 2001 and 2011.

Detailing the project, Canongate added: "More than anything though, the diaries reveal the real Alan Rickman, funny, passionate, occasionally provocative, and give fresh insight into his art", in a statement.

Alan Taylor, editor of the Scottish Review of Books, is editing "The Diaries of Alan Rickman" for publisher Canongate in the United Kingdom and Holt in the U.S. Taylor previously put together collections of journals and diaries by other notables, such as "The Tale of Peter Rabbit author Beatrix Potter, poet Dorothy Wordsworth and novelist John Fowles, best known for "The French Lieutenant's Woman". They are intimate, perceptive and very amusing", Canongate was quoted as saying in the report while adding the letters will include stories regarding his friendship with co-stars and observations and reviews of plays.

David Heyman - the producer who cast Rickman in the famous role - was one of the people who wrote to Rickman after the release of Harry Potter and the Chamber of Secrets, saying: "Thank you for making HP2 a success".

Coronavirus: First vaccinations could take place next month, official says
On 11 August, Russia became the first country in the world to register a coronavirus vaccine, dubbed Sputnik V. Slaoui told CNN he expects vaccinations would begin on the second day after approval, December 12. 11/22/2020

Tech Giants Join in Efforts to Tackle Covid-19 Vaccine Misinformation
Countries are now preparing to tackle the disease by rolling out the vaccine with hopes of finally ending the pandemic. It is unclear how the initiative will improve the fight against fake news. 11/22/2020

Queen of England, husband celebrate 73rd wedding anniversary
The marriage turned out to be the longest in the history of the British monarchy, and has lasted over seven decades. The royal couple has been married for 73 years and continues to show signs of having formed an unbreakable bond. 11/22/2020