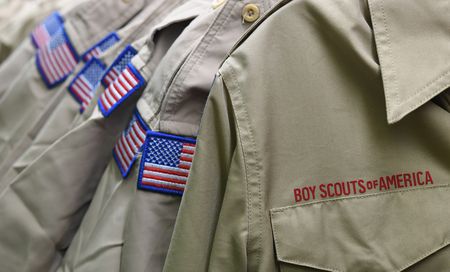 Nearly 100,000 victims of sexual abuse that took place in the Boy Scouts of America (BSA) had come forward by Monday evening, the deadline to receive compensation from the organization, a lawyer for the victims told AFP.

The 88,500 count exceeds initial projections from lawyers across the nation who have been signing up clients since the organization filed for bankruptcy.

In response to the claims, a spokesperson for Boys Scouts of America said that the organization was "devastated by the number of lives impacted by past abuse in scouting and moved by the bravery of those who have come forward".

'We are heartbroken that we can not undo their pain, ' the spokesperson added.

The bankruptcy court proceedings will lead to the creation of a compensation fund to pay out settlements to abuse survivors whose claims are upheld. The organization is expected to contribute a substantial portion of its assets, which include financial investments and real estate.

The Boy Scouts said it "intentionally developed an open, accessible process to reach survivors and help them take an essential step toward receiving compensation". "We are deeply sorry".

Claims have accelerated in recent weeks as those who failed to file before the deadline would be barred from filing a suit against the Boy Scouts of America in the future. 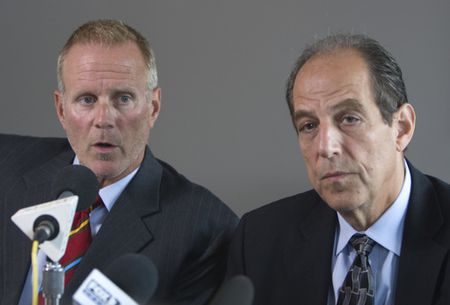 A lawyer for the alleged victims called it the biggest sexual abuse scandal in the history of the United States. He said that number doubled after the Boy Scouts launched an advertising campaign in August to notify victims that they had until Monday to seek compensation.

"The number of claims is mind-boggling", Mones said, noting that many abuse victims likely have not come forward. "Now, the question is whether they can make good on their commitment".

Most of the pending sex-abuse claims date to the 1960s, '70s and '80s, before the Boy Scouts adopted criminal background checks, abuse-prevention training for all staff and volunteers, and a rule that two or more adult leaders must be present during activities.

Another contentious issue is the extent to which the Boy Scouts' roughly 260 local councils will contribute to the fund.

'Any settlement must involve not only BSA but also the local councils and insurance companies, ' said Seattle-based attorney Mike Pfau, whose team represents more than 630 potential claimants.

Lawyer Paul Mones, who won the $19.9 million sex abuse verdict against the Boy Scouts in OR in 2010 which led to the organization's eventual declaration of bankruptcy, said painstaking work lies ahead to determine which insurers were responsible for coverage of the national organization and the local councils over the decades in which abuse occurred. "It's chilling in terms of the amount of horror that was experienced".

"The claims, which lawyers said far eclipsed the number of abuse accusations filed in Catholic Church cases, continued to mount ahead of a Monday deadline established in bankruptcy court in DE, where the Boy Scouts had sought refuge this year in a bid to survive the demands for damages".

Mouthwash kills coronavirus within seconds in laboratory tests, study finds
MOUTHWASH can eradicate coronavirus within 30 seconds of being exposed to it in a laboratory, a study has shown. Researches who conducted the test in the lab setting used mouthwash brands such as Dentyl. 11/17/2020

Islamists say Pakistan agrees to French boycott, end protest
Rights groups have urged the country to reform its blasphemy legislation because it is often abused to settle personal vendettas. The president said the teacher "was killed because Islamists want our future". 11/17/2020

Bangladesh Cricketer Shakib Al Hasan Apologises After Threats Over Attending Hindu Ceremony
Police state that they are trying to nab the man and were searching for a knife that was shown during the forum. Please forgive me if I have done anything wrong", he added. 11/17/2020

LA Faces 'Tough Choices' And Quarantine As Coronavirus Surges
Times analysis shows that the county's seven-day average number of cases has almost doubled in recent weeks. Both Los Angeles County and the state of California are experiencing a surge in new cases. 11/17/2020

Thai police fire water cannon at parliament protest
Prayuth took power as the head of a military junta in 2014 and remained in office as prime minister after an election past year . Breaches of the law could involve jail terms of between three and 15 years under Thailand's Criminal Code. 11/17/2020

Amazon opens online pharmacy, shaking up another industry
Shoppers have to set up a profile on Amazon's website and have doctors send prescriptions to the Seattle-based e-commerce giant. Amazon faces entrenched competition from Walgreens Boots Alliance, CVS Health, Walmart , Rite Aid, Kroger and others. 11/17/2020