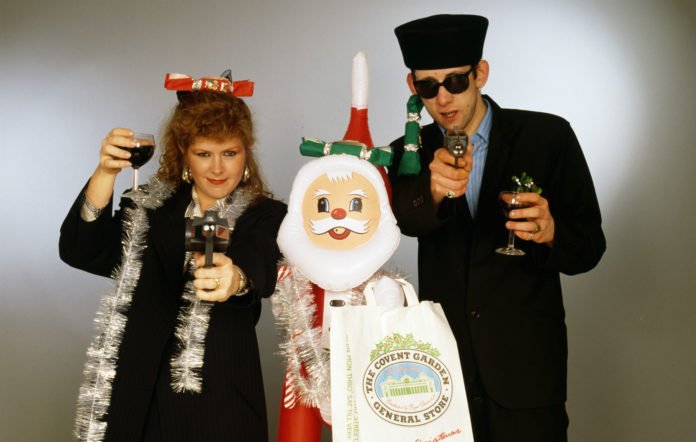 According to BBC News, the tune, "Fairytale of NY", by The Pogues and Kirsty MacColl, which they originally sang in 1982, is being pulled from the station because it is believed that younger listeners could be offended by derogatory terms in the song that have to do with gender and sexuality.

One post featured quote reading: "We've decided not to play Fairytale of NY out of respect for LGBT people, in other news the Govt have axed funding for anti LGBT Bullying programs in school". Radio 1's demographic is aimed at people between 15 and 29 years old.

They think such an age group might be unfamiliar with the track and "would find some of the words stark and not in line with what they would expect to hear on air".

Radio 1 said young listeners were particularly sensitive to derogatory terms for gender and sexuality. In 2018, several United States radio stations banned the 1940s hit "Baby It's Cold Outside", saying its lyrics were inappropriate in the "MeToo" era.

Insiders told MailOnline the move was a response to concerns hearing the words "sl*t" and "f***ot" on BBC Radio 1 would not "meet the expectations" of its listeners.

This year, Radio 2 said it had considered the issue carefully and would continue to monitor listeners' views, but had chose to continue to play the original.

The decision to edit the song now was likewise widely slammed online as "ridiculous" and "pathetic".

In the lyrics, which are sung in the form of a dialogue between an alcoholic and a heroin addict, the homophobic slur "f****t" will be replaced with "haggard", while another word will be removed entirely.

NME highlighted that Alex Dyke - BBC Radio Solent DJ - tweeted that he was no longer comfortable playing the song on air.

Radio 1 censored the line in 2007 but was reversed following a poor reception from audiences. "Our radio stations have chosen the most relevant song version for their listeners". "It is not always easy to get this right". RTÉ did not comment on the matter when asked about their policy on airing the song.

These lyrics were sung by Ms MacColl on Top of the Pops in 1992 and have now been used and edited into the new version. The current BBC version has left that particular bit in.