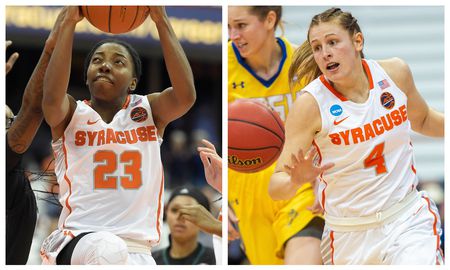 Townsend, the reigning West Coast Conference player of the year, is also on the WCC preseason all-conference list. The competition will be narrowed down to 10 national semifinalists on March 2 with four finalists being named on March 19.

The Naismith Trophy, named after Dr. James Naismith, the founder of the game of basketball, recognizes the National Player of the Year in women's basketball. She was also selected as a nominee for the award during her junior season, when she totaled 1,114 career points and became the program's all-time leader in career assists (591). She was a preseason and midseason candidate for the award previous year.

Patberg, who averaged 15.6 points, 5.3 assists and 4.6 rebounds per game as a junior, is also on the preseason watch list for the Nancy Lieberman Award, for which she was a finalist past year.

The native of Cleveland, Tennessee, had a sensational sophomore season for Kentucky, leading the Wildcats and ranking second nationally with 23.4 points per game.

Last season, Townsend led the Bulldogs and ranked 14th in the WCC in scoring at 12.3 points per game, shooting 49.7% from the floor and 41% from 3-point range.