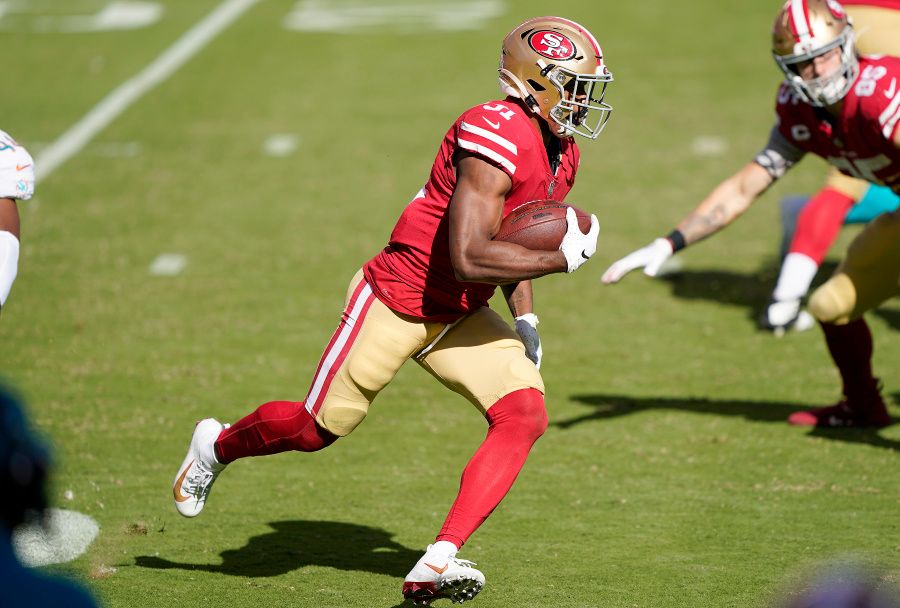 The San Francisco 49ers were demolished by Ryan Fitzpatrick and the Miami Dolphins 43-17 on Sunday after Jimmy Garoppolo was benched by Kyle Shanahan after two quarters at Levi's Stadium.

Garoppolo's lowly 15.7 passer rating was reminiscent of outings by Cody Pickett, Ken Dorsey or rookie-year Alex Smith - some of the worst performances this century for a 49ers quarterback.

Garoppolo's display in a shock 43-17 blowout loss to the Miami Dolphins last Sunday raised concerns over a high ankle sprain he suffered in Week 2, which forced him to miss two National Football League games.

It's now Wednesday and Shanahan provided an update on Garoppolo's status before the team took the field. While it seemed like an easy decision for Shanahan to make, he revealed that Garoppolo's benching had more to do with lingering effects from his ankle injury.

Cornerback Richard Sherman is not expected to play this week after suffering setbacks in his recovery from a calf injury, but fellow corner Emmanuel Moseley appears set to return from a concussion having been cleared to return to practice in a blue non-contact jersey.

Braun Strowman Reacts to Loss to Roman Reigns on WWE SmackDown
Since he is a cancer survivor and has a compromised immune system, he does not perform in WWE these days due to the pandemic. Goldberg says he has interest in tonight's WWE Universal Championship match between Roman Reigns and Braun Strowman. 10/17/2020