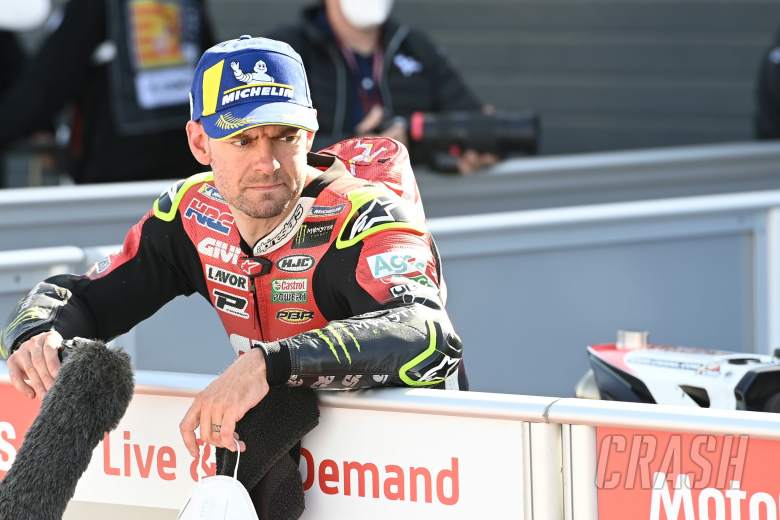 Rossi protege Tony Arbolino has been forced to miss this weekend's Aragon Moto3 GP despite testing negative for COVID-19 as he was sat close to someone on a plane who did have the virus.

Yamaha has carefully weighed their options and decided not to enter a replacement rider to substitute for Rossi for the upcoming Gran Premio de Teruel.

The seven-time premier class world champion took the test after waking up "feeling a bit sore" but while the first test was negative, a second one returned a positive result at 16.00.

The Italian had travelled back home to Tavullia, Italy, after the French GP at Le Mans last weekend. Rossi was feeling fully fit and he trained at home without any symptoms or inconveniences on Wednesday. Anyway, this is the way it is, and I can't do anything to change the situation. Unfortunately this result was positive. I will now follow the medical advice, and I just hope I will be feeling well soon.

- During Rossi's stay at his home from Sunday night (11th October) to today (15th October), he has NOT been in contact with any person that is now present at the Gran Premio de Aragón, including VR46 Academy riders, VR46 staff, Monster Energy Yamaha MotoGP team members etc.

By stating he had self-isolated since Le Mans and returned a negative test on Tuesday it will be hoped Rossi has limited his contact with other personnel at Yamaha in the meantime.

Taking into account the reduced number of staff at events as well as the enforced long stay of YMC's engineers and non-EU team staff, YMC and Monster Energy Yamaha MotoGP choose not to impose the additional stress of having to adapt to a new rider who would be expected to substitute for Rossi for only one single race weekend.

The Yahama rider will miss this weekend's Grand Prix in Aragón and said the following weekend's race is also likely to be a "no go" for him.

The Italian becomes the first MotoGP rider to test positive for the coronavirus, although paddock members have previously tested positive for COVID-19. "Nevertheless, we will be even more attentive from now on to minimise the chance of any future issue".