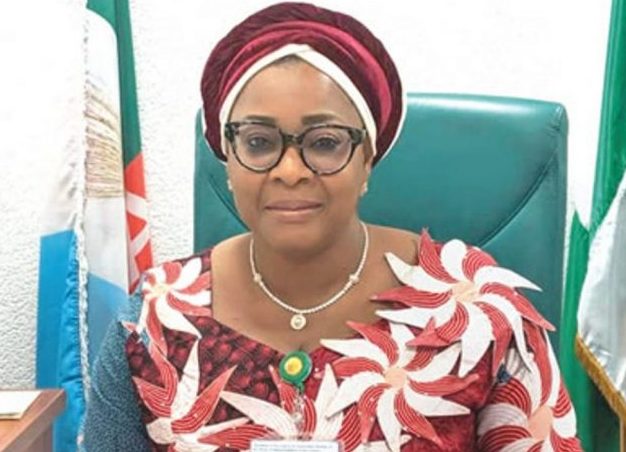 A new report from the United Nations Office for Disaster Risk Reduction (UNDRR) says that climate change has nearly doubled the number of major natural disasters that have occurred around the world between 2000-2019 when compared to the previous 20-year period.

Debarati Guha-Sapir of the Centre for Research on the Epidemiology of Disasters at the University of Louvain, Belgium, which provided data for the report, said: "If this level of growth in extreme weather events continues over the next twenty years, the future of mankind looks very bleak indeed".

A jump in climate-related disasters this century, along with the global coronavirus pandemic, show political and business leaders are failing to stop the planet turning into "an uninhabitable hell" for millions, the United Nations said on Monday.

"It is baffling that we willingly and knowingly continue to sow the seeds of our own destruction", said UNDRR chief Mami Mizutori and Debarati Guha-Sapir of Belgium's Center for Research on the Epidemiology of Disasters, in a joint foreword to the report.

To avoid that happening, the world must act urgently to invest in prevention, climate change adaptation and disaster risk reduction, Mizutori said.

The report did not touch on biological hazards and disease-related disasters like the coronavirus pandemic, which has killed over one million people and infected over 37 million in the past nine months.

"COVID-19 is but the latest proof that political and business leaders are yet to tune into the world around them", she added in a statement.

Although the UNDRR report notes that there has been some success in protecting vulnerable communities from the effects of natural disasters-largely due to improved early warning systems and disaster preparedness and response-the projected rise in global temperatures in coming decades threatens to make these improvements "obsolete in many countries", according to UNDRR.

Monday's report relied on statistics from the Emergency Events Database, which records all disasters that kill 10 or more people, affect 100 or more people or result in a state of emergency declaration. The countries most affected by disaster events during this period were China (577 events), the United States (467 events), and India (321 events). The 2004 Indian Ocean tsunami, which took more than a quarter of a million lives, was the deadliest.

Global temperatures will continue to warm over the next five years, and may even temporarily rise to more than 1.5 degrees Celsius above pre-industrial levels, the World Meteorological Organization (WMO) said in July.

Facebook donates $1.3M to keep U.K. codebreaker museum open
A plethora of cost-saving measures have now been implemented or placed under review, with a third of its workforce facing redundancy. 10/14/2020

Roberta McCain, mother of late Sen. John McCain, dies at 108
After 48 years of marriage, her husband had a heart attack on a transatlantic flight home to Washington and died. John McCain III endured isolation and torture for the next 5 1/2 years as a prisoner of war in North Vietnam. 10/14/2020

Covid: Deaths from coronavirus continue to rise in Wales
One person from West Berkshire has died with coronavirus registered on their death certificate in the last week. A large number of new coronavirus cases have been confirmed in Wales, with 764 cases reported today. 10/14/2020

Your age may not contribute to Covid-19 infection risk, shows study
It's well established at this point that the older you are, the more likely you are to have a severe case of COVID-19. The Lancet Infections Diseases journal research is the first to confirm evidence of COVID-19 reinfection in the US. 10/14/2020

Starmer calls for 'circuit break' lockdown across England
He said that the government should not have overruled its committee of scientific advisers when they called for a circuit break lockdown. 10/14/2020

WWII bomb explodes as it is made safe in Poland, no injuries
He noted it was the biggest ever such operation in Poland, where unexploded wartime bombs, missiles and grenades are still found. The site is near the town of Swinoujscie in northwest Poland where a liquefied natural gas (LNG) terminal was opened in 2016. 10/14/2020

China's trade growth accelerates in Sept; exports up 9.9%
Top US and Chinese trade officials reaffirmed their commitment to a phase one trade deal in a phone call in August. Trade surplus narrowed to $37B, compared with August's $58.9B and economists' expectation of $58.4B. 10/14/2020

Do pubs in Liverpool have to close?
The Prime Minister went on to say the Liverpool City Region will be placed into the sharp end of the new system later this week. Boris Johnson told MPs restricting interactions between people would save lives and help prevent the NHS being overwhelmed. 10/14/2020

China FM calls US Indo-Pacific strategy a huge security risk
He said China and Asean should also continue to work for the early conclusion of the Code of Conduct in the South China Sea (CoC). Wang made the remarks during his visit to Malaysia, the second stop on his five-nation tour of Southeast Asia. 10/14/2020

Facebook will ban ads discouraging people from getting vaccines
The Silicon Valley behemoth will also partner with the WHO and UNICEF to " build public trust in vaccines " in areas of the world where uptake is low. 10/14/2020

Eli Lilly pauses COVID antibody trial, citing safety concern
It remains unclear whether the pause in the NIH-sponsored study will impact Lilly's other ongoing clinical trials. It's seen by pharmaceutical executives and government health officials as a viable bridge to a vaccine. 10/14/2020

Special season, special section for the Lakers and L.A
While a parade is unlikely to be held in the immediate future, Lakers fans still managed to show their support by greeting the club as they arrived back to Los Angeles. 10/14/2020

10 new Island Health COVID-19 cases confirmed over Thanksgiving long weekend
Another 16 deaths also were reported statewide, bringing total deaths to 8,384, according to the state health department. Oklahoma is also continuing to see a record number of people hospitalized for COVID-19, the disease caused by the virus. 10/14/2020