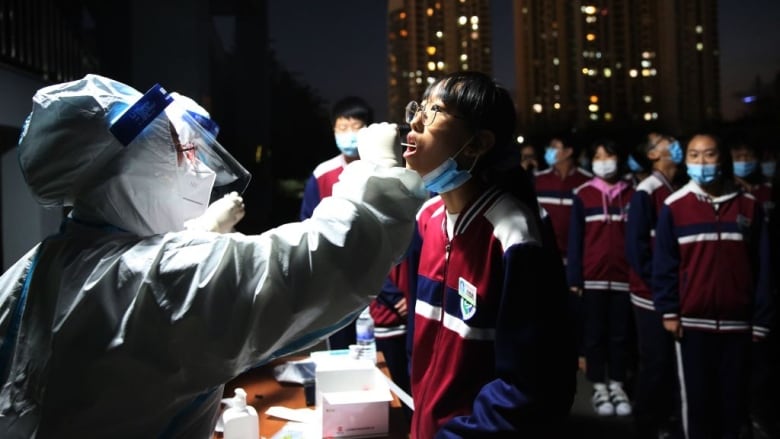 Authorities say they have completed coronavirus tests on more than 10 million people in the northern Chinese port city of Qingdao after a hospital outbreak there blamed on "inappropriate disinfection".

Health officials say the cluster of infections, the first locally transmitted cases reported in China in about two months, appears to be linked to "inappropriate disinfection" in the CT room at the Qingdao Chest Hospital.

One of the workers had tested positive for the virus in late September, but only developed symptoms after 20 days, on October 14, the Qingdao Municipal Health Commission said in a statement.

No details were given on the second worker. Officials said the possibility of community transmission outside the hospital had been ruled out.

In response to the outbreak, Qingdao launched a city-wide test for the virus on October 12, and expects to complete testing all of its 9 million residents by Friday.

After the new outbreak in Qingdao, Sui Zhenhua, director of the Qingdao health commission, was suspended from his post and is being investigated.

China's National Health Commission (NHC) said on Friday that 240 people who came from overseas were being treated, and 376 asymptomatic cases, including 375 from outside the mainland, were under medical observation.