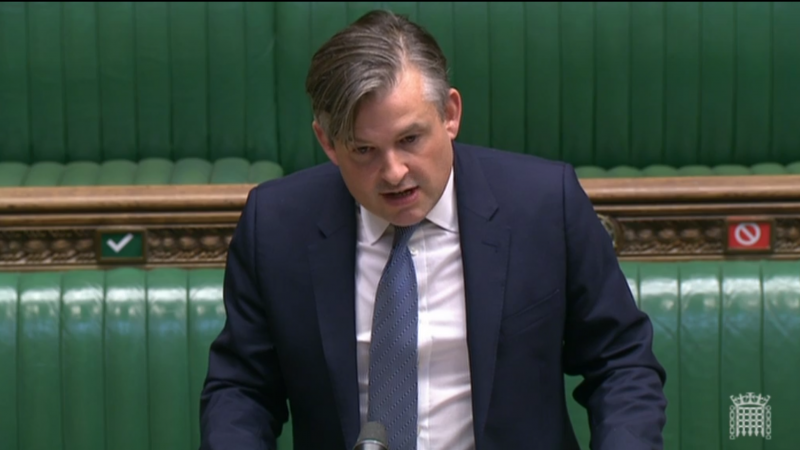 Mr Hancock told MPs that the average distance travelled to a test site is now 5.8 miles and defended the Government's efforts. "As we expand capacity further we are working round the clock to ensure everyone who needs a test can get a test".

Because of the surge in demand for tests, the United Kingdom government has promised to increase capacity and urged people only to get a test if they are showing symptoms.

Hospital trust bosses are saying that key workers are having to self-isolate because Covid-19 tests are unavailable for either them or their family, taking valuable staff away from the frontline.

Inadequate testing is leading to increased absences in the National Health Service as staff members are forced to self-isolate while they and their family members wait for test results after possible exposure to the virus, according to NHS Providers.

Last week, Health Secretary Matt Hancock admitted there were "challenges in accessing testing" but said that "the vast majority of people get their tests done quickly and close to home." he is The proposed application is for people who have not shown symptoms The reason was partly in the shortage.

Mr Hancock said an updated prioritisation list would be published setting out who will be at the front of the queue for tests.

According to a recent LBC radio report, no walk-in, drivethrough or home tests were available in as many as ten areas with the highest infection rates: Bolton, Salford, Bradford, Blackburn, Oldham, Preston, Pendle, Rochdale, Tameside and Manchester. "The next priority is social care, where we're now sending over 100,000 tests a day because we've all seen the risks this virus poses in care homes".

Hospital operators in the United Kingdom say the unavailability of Covid-19 tests is jeopardising healthcare services as patients can not be treated before they were tested.

He said: "People want to know when they will get a test and when this mess will be fixed".

Acute clinical care is the top priority, with social care next on the list and now receiving more than 100,000 tests a day.

Mr Hancock earlier reiterated there has been a "sharp rise" in people wanting a test, including those "who are not eligible".

The Department of Health said there were tests available and urged people to keep trying.

"I think that we will be able to solve this problem in a matter of weeks", Mr Hancock replied.

Officials predict that the current capacity will fail to meet demand over the next few weeks, at least until a laboratory capable of processing 50,000 tests per day opens in the Midlands, which is unlikely to happen any time soon.

Dr Layla McCay, director at the NHS Confederation, which represents organisations across the healthcare sector, said: "Our members are telling us that lack of access to testing for staff is a major barrier to them delivering services and achieving targets set to restore services". But the estimated cost for the program almost matches the NHS budget, Dr Chaand Nagpaul said in the text of a speech to be delivered Tuesday to the annual meeting of the doctor's union. She also said that medics "should have no issue in terms of accessing a test", while calling instances in which people were unable to get tests "unacceptable".

He said the NHS "simply can't spare members of staff waiting for tests not being able to come into work" and patients unable to be tested.

Moz Bulbeck Reynolds, who lives west of London, said she had been unable to schedule a test through the government testing website since Monday morning.

"A month ago, they had spare capacity in testing, significant spare capacity, but I think what has been underestimated was the speed at which the second wave would arrive, but also the pressure put on the system from children returning to school, and the testing demands associated with that, and people increasingly out and about".

While the number of people in hospital with Covid-19 was relatively low, the source said "the direction of travel is only going to go one way, in my view between now and the winter, which is up".