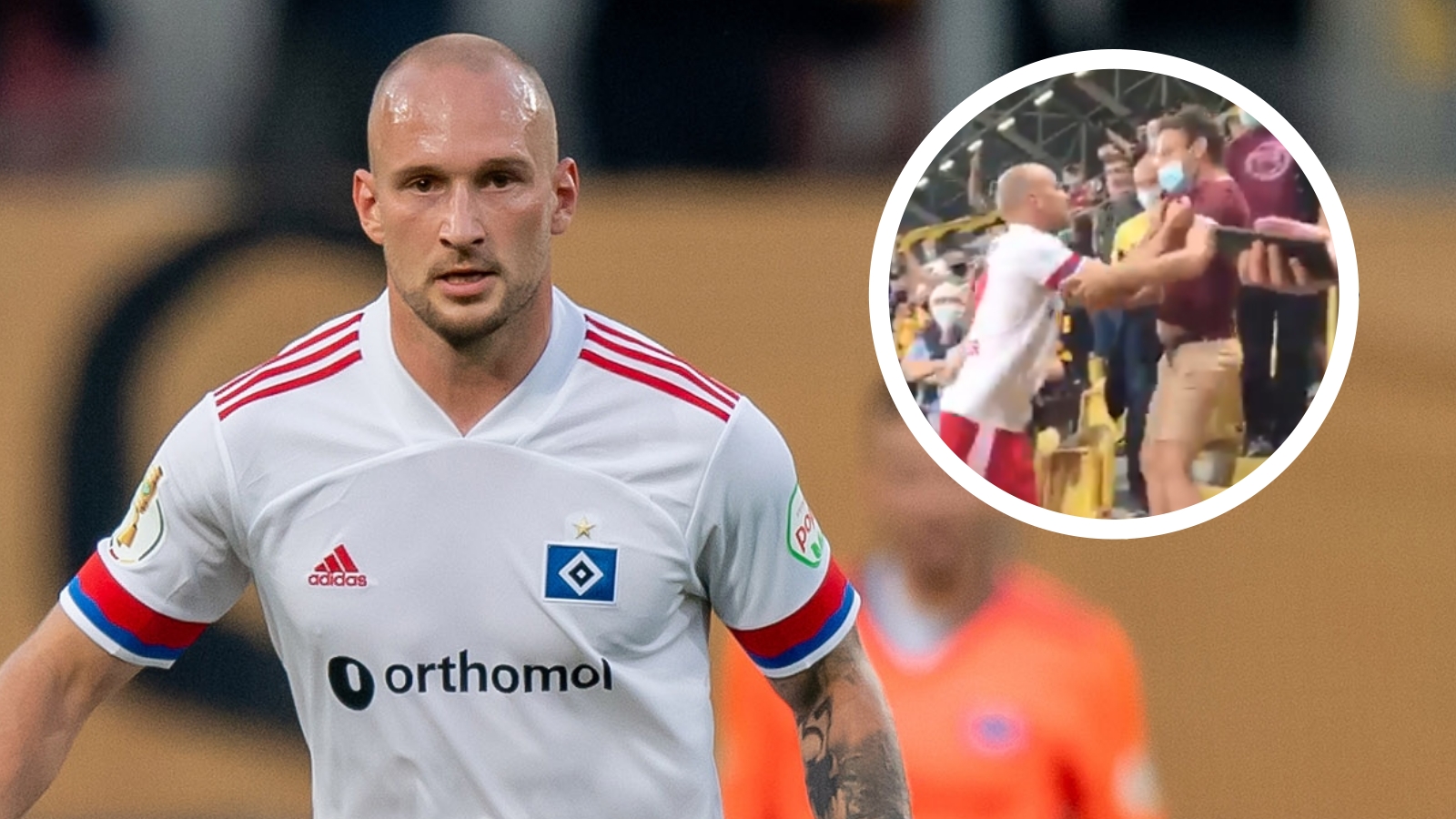 Hamburg's Toni Leistner entered the stands following his club's DFB-Pokal clash with Dynamo Dresden on Monday with the defender saying the confrontation came after he was verbally abused by fans of his former club.

"Usually, I can handle that but then it went below the belt", he said after, adding: "Something like this will never happen again".

Hamburg were on the end of a 4-1 loss to Dresden on Monday, with the Leistner suffering defeat against the club he represented from 2010-14.

Stewards and other supporters were quick to stop the altercation and usher the defender away from the situation, but his anger was still evident as he made his way back to the pitch.

After, Leistner said in an Instagram story that he had confronted the fan after hearing verbal abuse and taunts directed at his family.

Leistner resumed his interview looking extremely irritated and later released a statement on his Instagram account, claiming the insults he heard was "massively below the belt", but apologising unreservedly for his actions. At that moment my fuse blew especially as this was already an extremely emotional game for me. "I only saw that Toni Leistner returned from the stands", Hamburg coach Daniel Thioune said during the post-match news conference. "I apologise for my behaviour and can only promise that - no matter what insults are thrown at me- something like this will never happen again".

"Something like this should not happen - I am a family man who wants to serve as a role model".

Leistner clambered through the crowd and grabbed the Dynamo Dresden fan by the shirt before shoving him to the ground.

The incident happened with a crowd of 10,053 present at the Rudolf-Harbig-Stadion, the biggest attendance in Germany since the coronavirus lockdown.