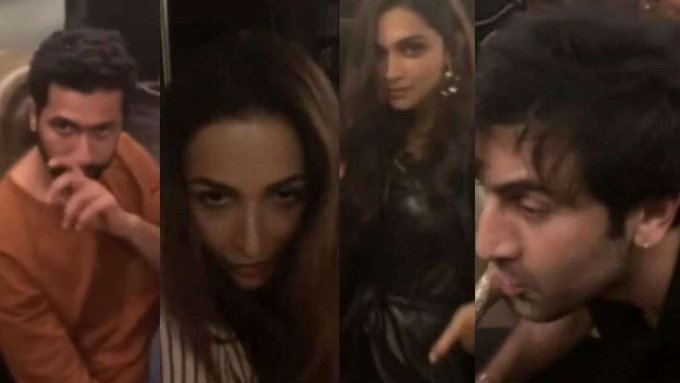 The agency has been summoning Bollywood celebrities and managers for the same.

Mumbai: Director-producer Karan Johar has quashed the news reports claiming that narcotics were consumed at one of the parties organised at the filmmaker's home, calling the allegations false and baseless.

The Narcotics Control Bureau (NCB) is now probing a drug case linked to the investigation of Sushant Singh Rajput's death.

In the video, several Bollywood A-listers can be seen attending a house party hosted by the filmmaker. On Friday, Johar shared a lengthy statement on Instagram saying that neither he consumes narcotics nor does he encourage people to use any such substance. I had already clarified my position way back in 2019 that the allegations were false.

He rubbished reports that suggested drugs were consumed at a party he hosted at his home a year ago in July and said, "These slanderous and malicious statements, news articles and news clippings have unnecessarily subjected me, my family, and my colleagues, and Dharma Productions, to hatred, contempt and ridicule". No narcotics substance was consumed in the party. "I would like to unequivocally once again state that I do not consume Narcotics and I do not promote or encourage consumption of any such substance", he added.

The statement further read, "All these slanderous and malicious statements, news articles and news clippings have unnecessarily subjected me, my family, and my colleagues, and Dharma Productions, to hatred, contempt and ridicule". "I would like to further state that several media / news channels have been airing news reports that Kshitij Prasad and Anubhav Chopra are my "aides" / "close aides".

He also denied that he personally knew the two individuals being questioned by the NCB that media outlets have branded as Johar's "aides" at Dharma Productions.

The producer-director said that Anubhav Chopra was not an employee at his company Dharma Productions though he had worked on two projects with the company in an independent capacity between 2011 and 2013. "He has thereafter never been associated with Dharma Productions for any other project", the director had said. "Mr. Kshitij Ravi Prasad joined Dharmatic Entertainment (sister concern of Dharma Productions) in November 2019 as one of the executive producers on contract basis for a project which eventually did not materialise", Karan cleared.

His girlfriend, actor Rhea Chakraborty, who has been accused of abetting Rajput's suicide by his family, has been arrested in the drugs case linked to his death. Netizens have targetted the director for not giving equal chance to the outsiders like Rajput in Bollywood.

Netflix's The Witcher Has Recast Season 2 Role After Actor's Surprise Departure
It was one of the first major scripted series to pause production in the United Kingdom due to the virus. The show resumed filming on August 17. 9/27/2020