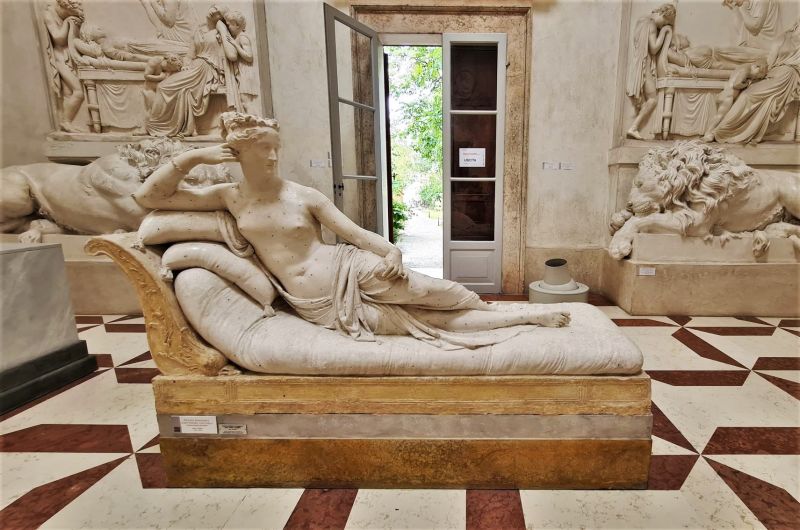 Italian police have tracked down the Austrian tourist responsible for damaging the sculpture by Antonio Canova last weekend at the Gipsoteca Museum in northern Italy, reports news agency Adnkronos.

The tourist, who has been revealed as a 50-year-old man from Austria, leaned on the "Paolina Borghese Bonaparte as Venus Victrix" artwork while posing for a photograph.

As he got up, he accidentally snapped off part of the sculpture's foot, examined the damage and then casually left the room.

The man has admitted to this and said he is willing to pay damages, sources said.

The Carabinieri first managed to trace the woman who booked the tickets for the group the man was part of, thanks to the online registration required as part of COVID-19 measures.

According to a press release from Treviso Carabinieri, when contacted by police the man confessed to the "stupid move".

The Gypsotheca Antonio Canova museum is where the great Italian's sculptor's original plaster cast models are on display in his hometown, where he was born in 1757.

Coronavirus: Kate wears a mask for first time on charity visit
She spoke with families at Baby Basics UK , helped load donations, and worked with volunteers in the organization. We bet they'll fly off the shelves - the adult masks are priced at £15 while the children's versions cost £12. 8/05/2020