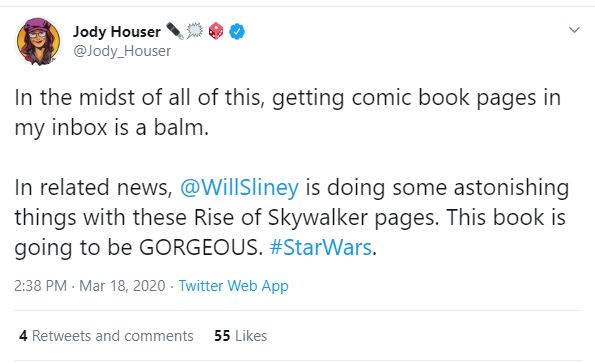 Speaking to Collider, Trevorrow has discussed his "traumatic" experience on Episode IX and the "crushing disappointment" of not getting to see through his plans for Star Wars: Duel of the Fates after investing so much time and energy into the project. Heck, Star Wars was just Star Wars until The Empire Strikes Back came along. However, instead of seeing the heroes from the film, riders will explore the wreckage of the Death Star, eventually encountering a few dianogas (you might remember these one-eyed creatures from a certain trash compactor scene featured in the original Star Wars film). As a new TikTok video that's gone viral observes, the subtitles are basically so generic they could apply to nearly any movie in the franchise.

The argument put forward by TikTok user fake.disney.facts is lighthearted in nature, and he doesn't seem to be arguing for actually changing the Star Wars movie titles.

Meanwhile, the 1999 prequel trilogy opener introduces audiences to Anakin Skywalker and so could easily be called The Rise of Skywalker. For instance, Attack of Clones was swapped from Episode II to Episode III, as the threequel shows Order 66 saw the Clones turning on their Jedi allies.

The large quantity of turnover in filmmakers and the highly-publicized setbacks confronted by almost each Disney-era Star Wars venture has followers pondering that the studio don't have a concrete plan in thoughts for the way forward for the franchise, and are content material to make issues up as they associate with no long-term objective.

It's a amusing video, and in some ways a persuasive argument; The Last Jedi probably makes more sense if it's called A New Hope, while The Rise of Skywalker was much more concretely about a "phantom menace" than Episode I ever was.