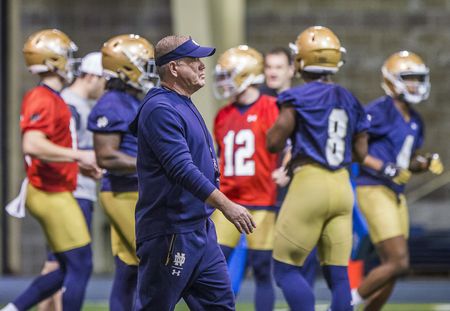 Division III conferences are tasked individually with the decision of holding at least some form of a fall sports season for its member schools, as well as, conference championships.

The NCAA has canceled it's Division Two and Division Three fall championships, which means, among other things, the Middlebury College field hockey team will not have a chance at a fourth straight national title this school year.

Sandra Jordan, chancellor of South Carolina-Aiken and chair of the D-II Presidents Council, said in the statement, "After reviewing and discussing the Board of Governors' directives, the Division II Presidents Council made the hard decision that holding fall championships in any capacity was not a viable or fiscally responsible option for Division II". A decision by DI must be made by August 21.

Thus far, all local colleges have had their fall seasons postponed or cancelled by their respective conferences. They're waiting for other conferences to decide who they'll be allowed to play.

The NSIC is expected to meet Thursday, Aug. 6 as they determine the next best steps for their member institutions. "We can now put the emphasis on winter and spring sports that lost out on their championships last season".

"The ship that has sailed is thinking about full seasons for all of the fall sports", said Hind.

In regards to winter sports, Hind said that the NESCAC has decided not to hold conference competition in any sport until the second semester, after the calendar year changes.

The NCAA Board of Governors' announcement also said that if 50 percent or more of eligible teams in a particular sport in a division cancel their fall season, there will be no fall NCAA championship in that sport in that division.

Athletes in fall sports who do not play will be granted an extra year of eligibility, just as spring sports athletes who also had their seasons canceled when the new coronavirus quickly shut down sports in March.