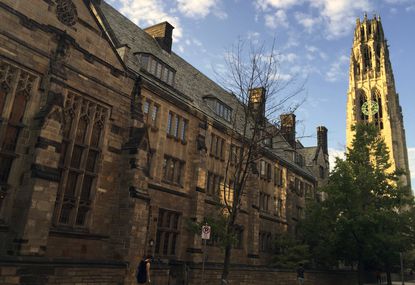 The US Justice Department has accused Yale University of illegally discriminating against Asian American and white applicants in its undergraduate admissions process.

"Yale rejects scores of Asian American and white applicants each year based on their race, whom it otherwise would admit".

Yale has responded to the Justice Department by calling their conclusion "meritless".

The Justice Department said that Yale had violated Supreme Court rulings on affirmative action by using race not as one of many factors in deciding which applicants to invite to the freshman class, but as a predominant or determining factor in admissions - an effect that was multiplied for competitive applicants.

Following its findings, the DOJ has demanded that Yale "agree not to use race or national origin in its upcoming 2020-2021 undergraduate admissions cycle".

A Yale spokeswoman said the university "categorically" denied the accusations. In a statement, the university said that it looks at the "whole person" when deciding whether to admit a student - not just academic achievement, but interests, leadership and "the likelihood that they will contribute to the Yale community and the world". The case could eventually reach the Supreme Court.

The Justice Department's action comes about a month before arguments are set to be heard in the appeal of the case challenging Harvard's admissions practices.

The department said it was prepared to file a lawsuit against Yale if the school, in CT, did not take "remedial measures".

Yale President Peter Salovey defended his school's application process when the investigation was first announced in 2018 by saying race is "one of a multitude" of factors weighed when deciding whether to accept someone or not.

In a letter sent to the university's attorneys, Assistant Attorney General Eric Dreiband, who heads the DOJ's civil rights division, said that the department has "determined that Yale violated, and is continuing to violate, Title VI".

A federal judge a year ago handed Harvard a victory in that case, which is now pending in federal appellate court.

Then-U.S. Attorney General Jeff Sessions said in a statement at the time that "no American should be denied admission to school due to their race".

The statement went on to say Yale was proud of its admissions policies and refused to change them based on a "meritless, hasty accusation".

The Ivy League schools are unapologetic about their use of race and ethnicity as a factor in admissions.

This affirmative action, however, has always been criticized as it gives very general guidelines for schools. The letter gives Yale until August 27 to comply with the DOJ's demands or risk facing a federal lawsuit.

United States designates Confucius Institutes as foreign mission
The NAS charges that they compromise academic freedom, defy Western norms of transparency, and are inappropriate on campuses. The Trump administration on Thursday designated the Confucius Institute U.S. 8/14/2020