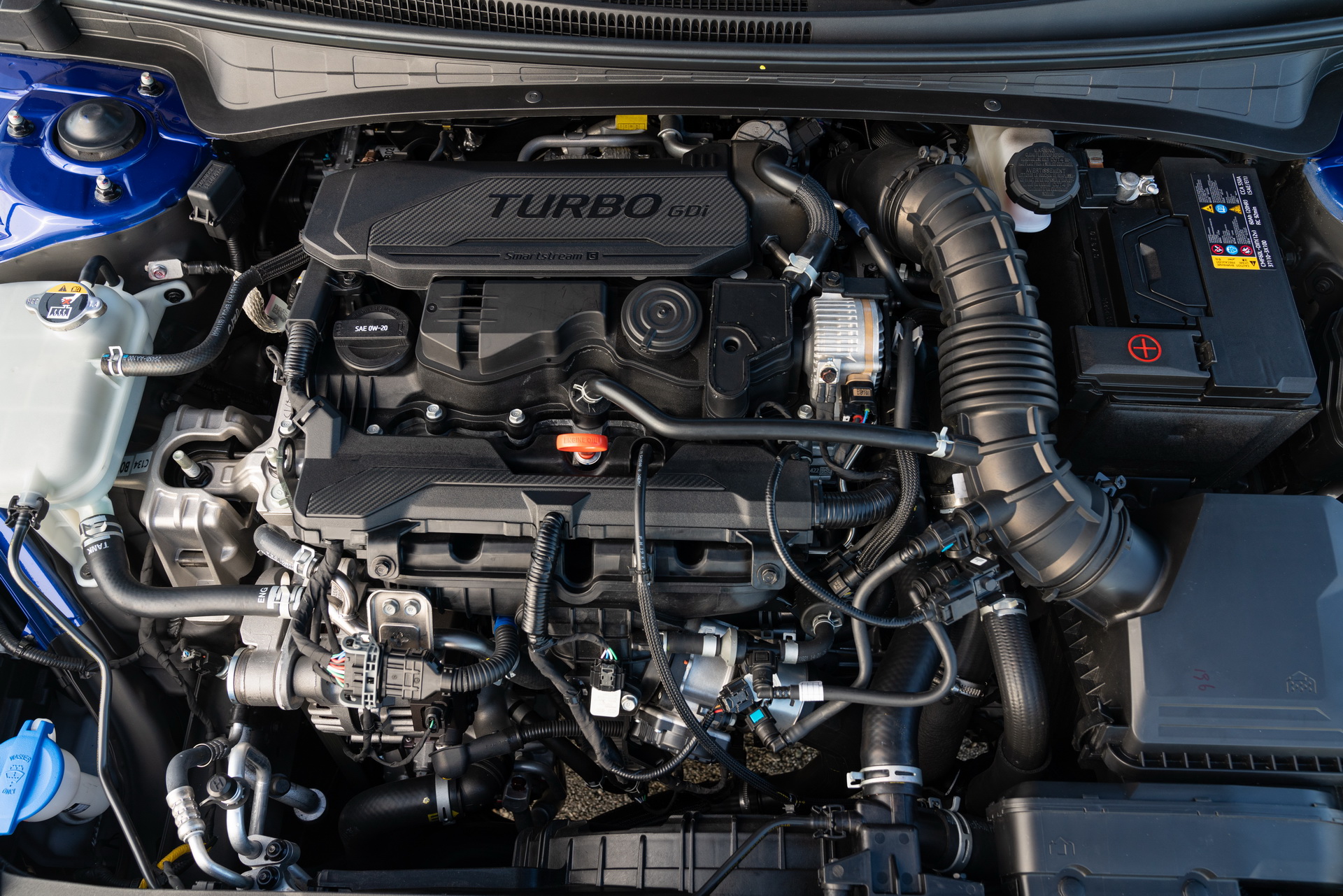 A new Hyundai Elantra N Line compact sport sedan is coming to replace the Elantra Sport. The Korean automaker expands the Elantra portfolio with by offering the new N Line variant with better performance and sleeker looks. The rear end, meanwhile, gets a bulkier bumper and new twin exhaust pipes.

The exterior sees numerous upgrades, including 18-inch alloy wheels, side skirts, a diffuser and a small wing.

The real highlight here, however, can be found under the hood. The Hyundai Elantra N Line is powered by a 1.6-litre GDI turbocharged engine. The turbo engine generates a maximum power output of 203 PS and offers a peak torque of 264 Nm.

Like the regular Elantra, this N Line model is equipped with Hyundai's latest driver assist, safety and convenience features. It also gets more sporty aesthetic elements with a dark-themed interior accentuated with subtle red contrasts all around. On the inside, customers do get equipment like a leather-wrapped perforated N steering wheel with metallic spokes, N sport seats with leather bolsters, metallic accented gear shifter and leather inserts as well as alloy pedals.

While we were sad to learn the Hyundai Elantra GT is disappearing from America, especially the sporty N Line, the good news is that Hyundai isn't done with sporty compacts.

The N Line specs should be familiar to Elantra shoppers: The new N Line sedan offers almost the same hardware from the Elantra Sport sedan already on sale. The vehicle packs a punchy turbocharged engine, sport-tuned suspension, and the choice of 6-speed manual or 7-speed dual-clutch transmissions. Somewhat similar to BMW's M Performance models, Hyundai's N Line cars are a step up from the standard auto in terms of styling and performance, but are not as extreme as full-fledged N models. "The N Line model will appeal to customers who favor a sporty look and spirited driving performance while the HEV model will appeal to those who prefer high fuel efficiency", said Thomas Schemera, Executive Vice President, Head of Product Division at Hyundai Motor Group. When it was first revealed, it was only available with two engine options: a 2.0-liter naturally-aspirated inline-four that puts out 147 PS with 179 Nm of torque and a 1.6-liter hybrid powertrain that produces 139 PS with 265 Nm of torque.

"The new Elantra lineup, with N Line and HEV variants, will satisfy a wider variety of customers".