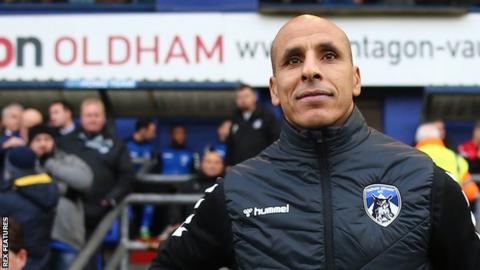 "We've got to get back to the basics and we're having a "clean slate" here now".

Kewell led Crawley to a 14th-placed finish in League Two in the 2017-18 season before being snapped up by Notts County during the summer of 2018. "I think the fans, myself, the owner, everybody wants to start seeing this club progress because we all believe that's there's big potential".

The news follows the dismissal of Maamria on Friday. The 49-year-old Tunisian replaced Laurent Banide in September 2019 but could only manage nine wins in 32 games for the Latics.

Kewell was an under-23s coach at Watford before spells in charge of Crawley and Notts County in League Two.

It's yet another twist in the story of Oldham Athletic which has seen them appear in the High Court earlier in July after being issued with a winding up order over an unpaid debt by Her Majesty's Revenue and Customs.