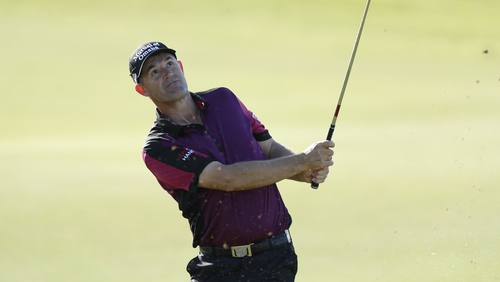 Although the PGA hasn't officially made an announcement regarding players in this category, English and Frittelli have been informed by PGA of America officials that they will be able to compete next week at TPC Harding Park without any restrictions.

The US PGA Championship, originally scheduled for May, is the first of three rescheduled men's majors on the calendar this year.

Neither player provided a reason for pulling out of the event but it means Harrington, who won the PGA Championship in 2008, has still not competed since March.

Harrington, a victor of three major titles and Europe's Ryder Cup captain, has been replaced by American Talor Gooch for the tournament at TPC Harding Park, organisers said in a statement.

Harrington, 48, and Molinari, 37, have been replaced in the field by Americans Talor Gooch and Troy Merritt. Lee Westwood and Eddie Peppernell have also refused their place in the field.