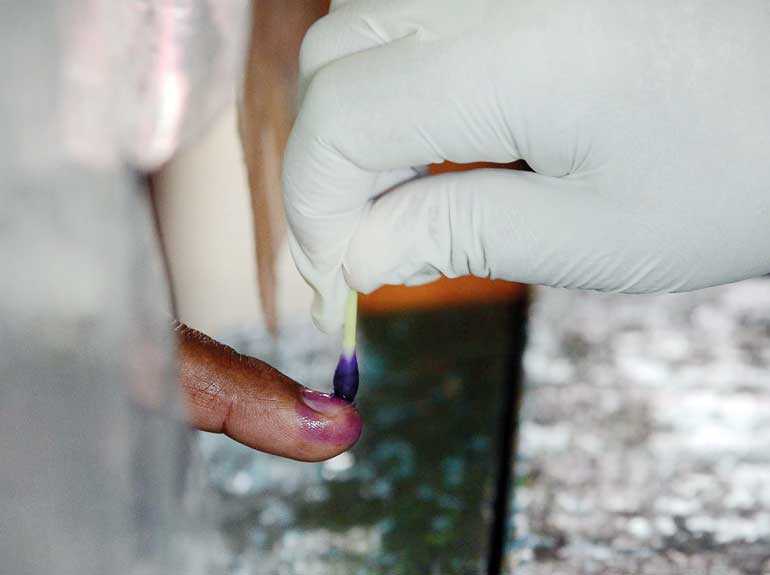 Sri Lankans have voted to elect a new Parliament that is expected to give strong support to the powerful and popular Rajapaksa brothers. According to a statement from the PMO, Modi commended the government and the electoral institutions of Sri Lanka for effectively organising the elections despite the constraints of the Covid-19 pandemic. First results are expected by Thursday evening, with the final tally due late Friday.

President Gotabaya Rajapaksa hopes for a two-thirds majority for the SLPP in the general election so that he can amend the Constitution to restore presidential powers curbed by a 2015 constitutional change.

People began lining up outside polling stations even before they opened across the island, where 16.23 million of the 21 million residents are eligible to vote.

Under the guidelines, every voter's hands will be cleaned before and after voting as special arrangements have been made to transfer the indelible ink to the index finger, with no physical contact with any surface at the polling station, election officials said.

Health measures were put in place at polling booths with social distancing.

The election commission had allowed the voters to take a black or blue color ballpoint pen to mark the vote.

There were fears the risks posed by the pandemic would reduce turnout. The brothers are best known for crushing Tamil Tiger rebels fighting for a separate homeland for minority Tamils during the elder Rajapaksa's presidency in 2009.

The economy had scarcely recovered from the blow of the 2019 bombings before the coronavirus epidemic struck, prompting lockdowns that have still not been fully lifted.

During the phone call, PM Modi also appreciated the Sri Lankan people for their enthusiastic participation in the elections, and said that this reflected the strong democratic values shared by both countries, the statement said.

The Asian Development Bank expects the island's economy to shrink by an unprecedented 6.1 percent this year.

Test result figures are considered dubious by opposition parties, but authorities have reported just 11 deaths from fewer than 3,000 cases.