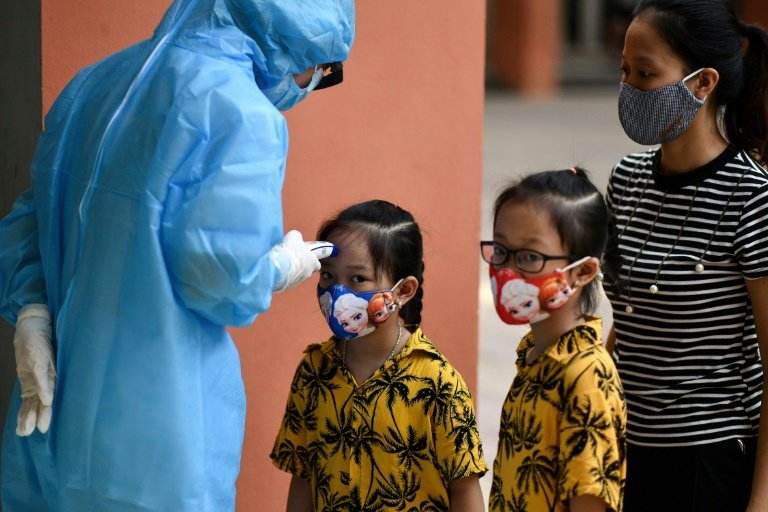 Vietnam on Friday reported its first-ever COVID-19 death as the Southeast Asian nation struggles with a renewed coronavirus outbreak after 99 days without any cases.

The task force includes 65 health experts who had previously helped fight coronavirus at other epicentres in Vietnam, the ministry said.

The number of "infected people increased at a record figure with new 45 cases" the Suc Khoe Doi Song newspaper, the mouthpiece of the Ministry of Health, said on Friday.

Both men died in a hospital in Da Nang, a hot spot with more than 100 cases in the past week.

Vietnam recorded its first death from COVID-19 on Friday after winning plaudits worldwide for one of the most successful pandemic responses to containing the novel coronavirus outbreak.

A total of 26 of the new cases are community cases, among which 18 were reported in Vietnam's central city of Da Nang, five in central Quang Nam province, two in southern Ho Chi Minh City and one in northern Thai Binh province, according to the ministry.

State media said a makeshift hospital was being set up at a Danang sports centre in anticipation of the outbreak worsening.

The rest two cases are those who have recently returned to the country from overseas and were recorded in southern Tra Vinh province, said the ministry.

The additional cases took the daily infection total to 82 for Friday, of which 26 were imported from overseas and detected in quarantine, the Ministry of Health said in a statement. It has grown to 93 confirmed cases in six parts of the country, including three of the largest cities, and forced authorities to reimpose lockdown restrictions.

At least 21,000 people are undergoing rapid test swabs for the virus in the capital Hanoi after travelling to Danang.

"I want to be tested so I can stop worrying if I have the virus or not. We must be responsible for the entire community".

Hoi An, an ancient town and top tourist destination known for its charming old houses 20 kilometers (12 miles) south of Da Nang, stopped allowing visitors on Thursday because of the outbreak.