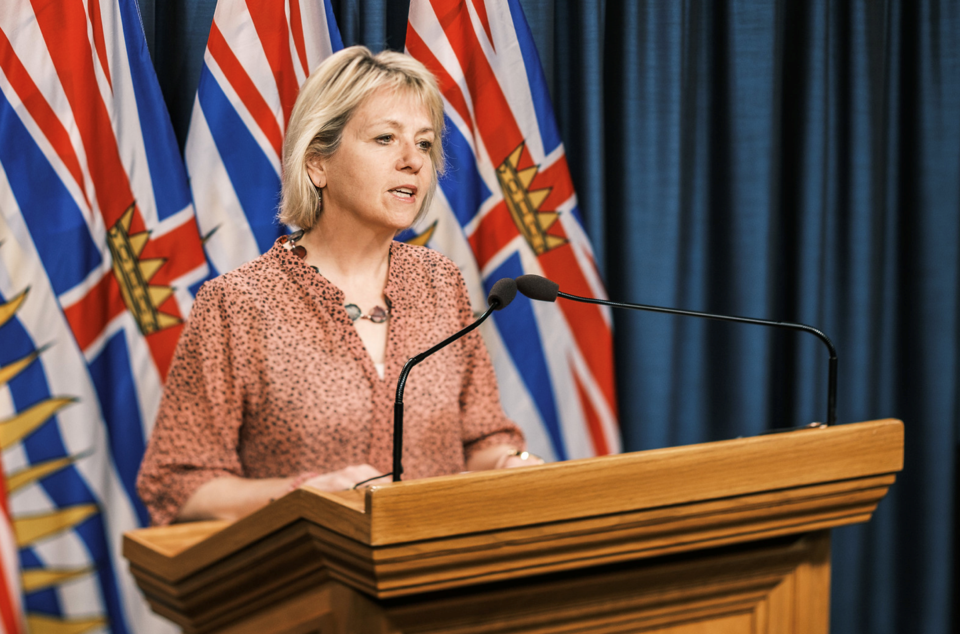 Fraser Health has announced a COVID-19 outbreak at a long-term care home in Burnaby.

Dix said the majority of the 41 new cases announced Thursday were linked to those two outbreaks.

Of the total COVID-19 cases, five individuals are hospitalized, two of whom are in intensive care.

Today's 50 additional cases brings the total of provincial test-positive cases to 3,641, of those only 278 are active cases.

Dania Home is one of three facilities run by the Dania Home Society, Fraser Health said, but the outbreak is not connected to the other two.

Cases by health region since the start of the pandemic: 1,088 in Vancouver Coastal; 1,889 in Fraser; 144 in Island; 369 in Interior; 88 in Northern; and 63 people who reside outside of Canada. An outbreak on Haida Gwaii was declared by Northern Health on July 24. The assisted living, long-term care homes and seniors' rental buildings with ongoing COVID-19 outbreaks are. The last time B.C. saw more than 50 cases was on April 27. A full listing of community exposure events related to flights and others within each health authority is available through the BC Centre for Disease Control, as well as on health authority websites.

As the province heads into the B.C. Day long weekend, health officials are reminding British Columbians to "play safe and stay safe" while the virus continues to be found within communities. "We can make this B.C. Day holiday weekend one where we find the right balance: having those important social connections with our friends and family, while taking precautions to protect ourselves and those around us".