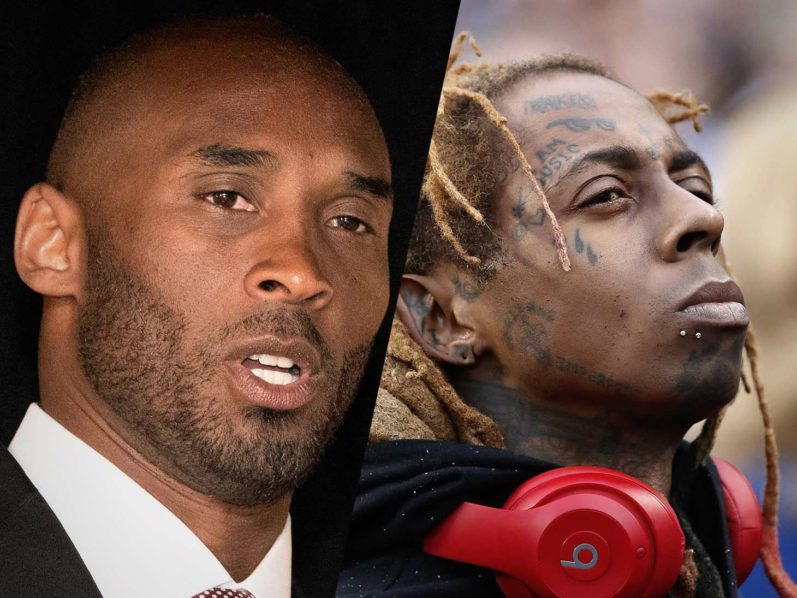 Bryant, 41, was killed in a January helicopter crash in Calabasas, California.

The memory of Kobe and Gigi Bryant lives on months after their untimely passing thanks to a moving tribute by Lil Wayne at Sunday night's BET Awards ceremony.

"I call him King Bryant".

Lil Wayne has written a lovely song in tribute to late basketball star and legend Kobe Bryant. Listening to Wayne rap Kobe's career while a montage of legendary highlights played in the background was the flawless way to give the Black Mamba and the Mambacita their flowers.

Bryant has been a huge influence on the New Orleans rapper.

By the end of the video tribute, Wayne walked off the stage and closed the performance with Bryant saying "Mamba out"-words that the National Basketball Association legend said when he bid Lakers fans farewell after his last game in 2016".

The rapper's performance also included a shout-out to the late athlete's family and wife Vanessa. Rest in power/ Let's hope for peace/ Black lives matter, facts. Staging can often be hard when putting on a live show, but the ability to pre-plan a performance from home, a closed set or green screen provided an endless array of creative choices that played well for us at home watching. Alicia Keys, Jennifer Hudson, John Legend, Usher, Summer Walker, Lil Wayne among others thrilled the online viewers with interesting performances.