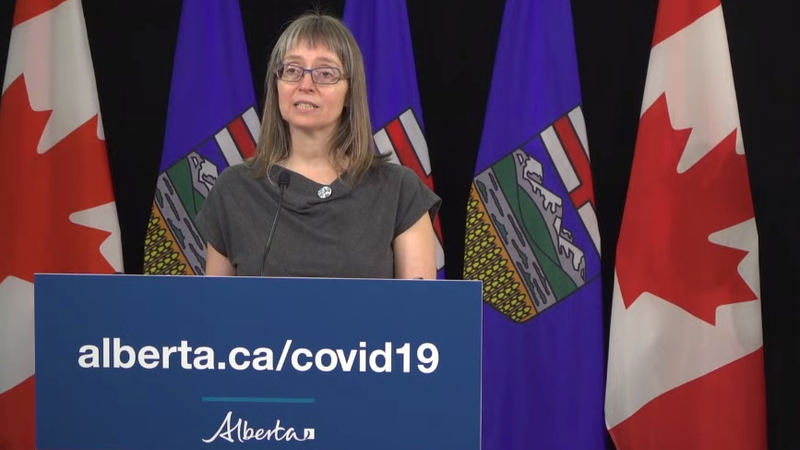 In the Alberta Health Services North zone, 12 people remain in hospital as a result of COVID-19, with three patients needing the ICU.

Alberta's top doctor says the continued spike in COVID-19 cases should be a "wake-up call" for Albertans as the province nears the highest number of hospital and intensive care unit admissions since the pandemic began.

Of those cases, 102 people were in hospital with 18 in intensive care.

"This needs to be a wake-up call", Dr. Hinshaw says.

Alberta has reported 9,975 cases and 176 deaths since early March. Today we have almost 1,300. Two weeks ago we had seven Albertans in the ICU.

Rural areas, such as those in central Alberta, were previously spared from high case numbers. "Now we have triple that number".

Читайте также: Canadian Grand Prix cancelled for 2020 due to COVID-19

"I believe the recent increase in numbers is, in part, reflective of the fact that fatigue has set in", said Hinshaw.

"After several months of not catching the virus, it is easy to say that you feel fine", she said. "Why avoid sharing food at a barbecue?"

Hinshaw says current acute care utilization is approaching the highest number of admissions on any single day, which now sits at 113 overall hospital admissions set on April 30th. "We are all still at risk of catching the infection and passing the virus on to others".

96 residents from the region recovered from COVID-19. What is known, she said, is the significant strain a rise in cases would place on the health system.

"We are all exhausted of COVID-19, but this virus doesn't care".

3M Open: Tony Finau in contention as Richy Werenski sets pace
Power lies three shots off the lead jointly shared by the U.S. trio Tom Finau, Ryan Moore, Nick Watney and China's Xinjun Zhang. He managed a par on 18th with a 17-foot par putt, which was also his longest putt to the day. 7/24/2020