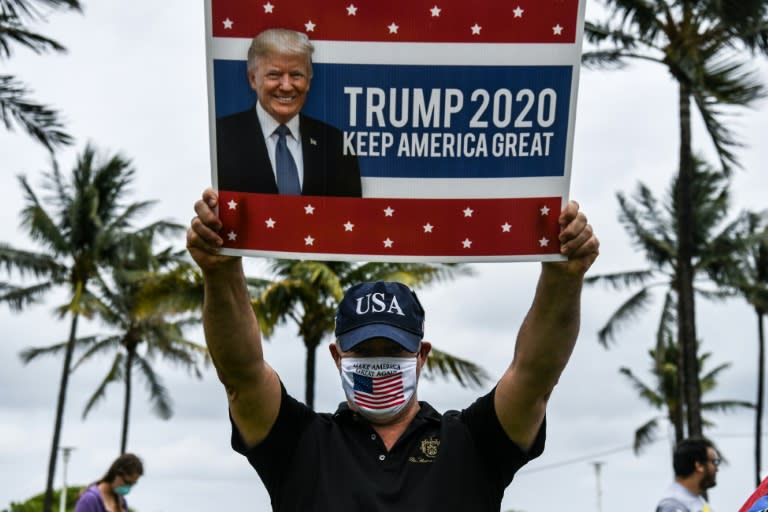 The convention is set to be held the week of August 24.

Earlier Tuesday, RNC Chair Ronna McDaniel slammed Cooper in a statement saying he's "dragging his feet" and said that while they "hope to still conduct the business of our convention in Charlotte", they have started visiting other cities and states to explore their options.

The party conference, which was scheduled for Charlotte's National Basketball Association arena in August, will formally nominate Mr Trump to seek a second term in the 3 November election.

But the type of "full convention" that Trump and the RNC are seeking, which Cooper said in a letter (pdf) Tuesday includes around 19,000 people attending along with "full hotels and restaurants and bars at capacity", will be "highly unlikely".

In a letter to Cooper last week, McDaniel asked him to approve a series of safety protocols and logistical measures that Republicans agreed to, including health questionnaires and thermal scans for fever.

Several days later, North Carolina Gov. Roy Cooper (D) spoke directly to the president, who told the governor he'd insist on a Republican National Convention in which there would be no face coverings and no social distancing among attendees - despite the fact that infection rates are on the rise in the state.

Michael Ahrens, communications director of the Republican National Committee, also said that "the celebration of the president's acceptance of the Republican nomination will be held in another city". Tennessee's governor, Bill Lee, said GOP officials were coming to scout Nashville on Thursday, and called the city "the best place in America to have a convention".

The party was also considering a split convention, with the votes on platform and rules taking place in Charlotte and the speeches and pageantry taking place in another city, such as Jacksonville, Florida, or Las Vegas, said a source familiar with the discussions.

Demands for a full-scale convention had raised alarms in North Carolina, which is facing an upward trend in its virus cases.

Democrats' convention is set for August 17-20 in Milwaukee, but there has been discussion of a scaled-back or virtual event because of the pandemic.