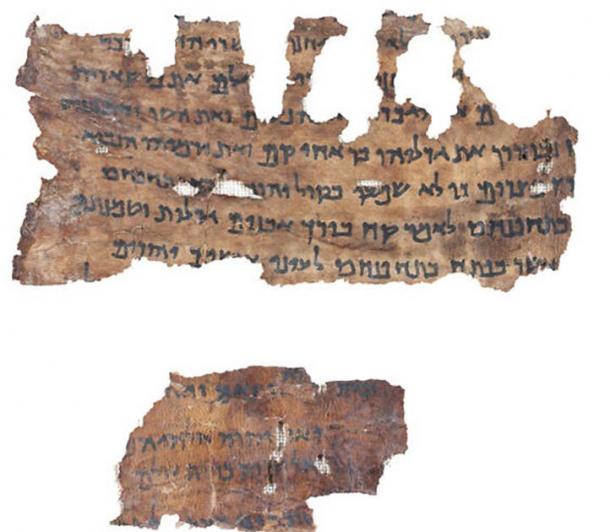 "Depending on the classification of each fragment, the interpretation of any given text could change dramatically". Today, the thousands Dead Sea Scrolls fragments are preserved by the Israel Antiquities Authority, where their condition is monitored by advanced scientific methods, in a designated climate controlled ambience.

The second challenge is that most of the scrolls were acquired not directly from eleven Qumran caves near the Dead Sea but through antiquity dealers. In the new study, Rechavi and colleagues including Noam Mizrahi, Tel Aviv University, Israel, and Mattias Jakobsson, Uppsala University, Sweden, made a decision to look deeper for clues.

The Dead Sea Scrolls are like an ancient puzzle that researchers and scholars are trying to piece together, but multiple obstacles block the way. Many of those they tested came from sheep - a previously unknown fact about the Dead Sea Scrolls. When they found that some fragments came from the same sheep, they reasoned that these pieces may fit together, rather than those from different sheep or even species.

Interestingly, the researchers also found that two pieces of parchment thought to belong together actually came from two separate animal species - a sheep and a cow - suggesting that the texts were likely unrelated.

"Analysis of the text found on these Jeremiah pieces suggests that they not only belong to different scrolls, they also represent different versions of the prophetic book", says Mizrahi.

The research - which indicated some of the parchments' provenances by identifying animal hides used - may also help safeguard against forgeries of the prized biblical relics. The cow was likely written elsewhere as the grazing animals weren't raised in the Judean desert, suggesting that some of the scriptural scrolls may have been imported from outside of Qumran. Deeper investigations into the writings of the texts show that different versions of the books were circulating through society simultaneously and, unlike the Bible and Torah, the holiness of the book was likely not specific to its words alone.

"This teaches us about the way this prophetic text was read at the time and also holds clues to the process of the text's evolution", Rechavi said. The analysis shows that the various copies found in different Qumran Caves are closely related genetically, but the Masada copy is distinct. The finding suggests that the work had a wider currency in the period. "As the Songs of the Sabbath Sacrifice foreshadows revolutionary developments in poetic design and religious thinking, this conclusion has implications for the history of Western mysticism and Jewish liturgy". However, the DNA evidence revealed one fragment came from cow skin, while the others were sheep.

The researchers cautioned that DNA evidence, while affording some clarity, can only "reveal part of the picture and not solve all the mysteries", Rechavi said.

Researchers have always been puzzled as to the degree this collection of manuscripts, a veritable library from the Qumran caves, reflects the broad cultural milieu of Second Temple Judaism, or whether it should be regarded as the work of a radical sect (identified by most as the Essenes) discovered by chance.

The team's forensic analysis of DNA evidence, combined with an examination of the written language of the text fragments, is getting them closer and closer to establishing how the fragments of texts originally fitted together.