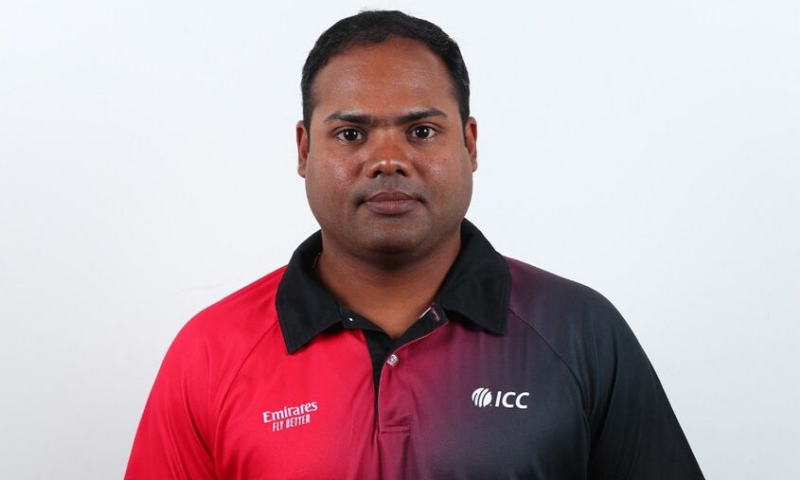 India's Nitin Menon was included in the International Cricket Council's (ICC's) Elite Panel of Umpires for the upcoming 2020-21 season on Monday.

Menon, who has officiated in three Tests till now, is only the third Indian to make it to the list after S Ravi and Srinivas Venkatraghavan.

"My father (Narendra Menon) is a former global umpire and in 2006, BCCI conducted an exam for umpires and that was after a gap of nearly 10 years", he recalled.

While the standard of Indian umpiring has copped a lot of criticism globally, performance of Menon over the past few years has been a silver lining.

"When I stood in my first global game, there still was a bit of pressure, but I quickly started feeling more at home", he concluded.

Interestingly, Nitin had a brief global career as a player, wherein he represented Madhya Pradesh in a number of List A games.

Menon is confident that the rapport he has built with senior umpires over the years, having officiated in two ICC tournaments (2018 and 2020 Women's T20 World Cup), will keep him in good stead.

He has also been the TV Umpire in 12 internationals, taking the overall tally to 53.

"So my father told me to take a chance and give the exam saying "if you clear, you can always take up umpiring as a profession", so I took the Test and in 2006, I became an umpire", Menon revealed about his journey.

Menon, who left his playing career at the age of 22 to follow his father Narendra's footsteps in umpiring said, "It's a great honour and matter of pride for me to be named in the Elite panel".

He will also be a potential candidate to stand for the five-match Test series between India and England, slated for next year.