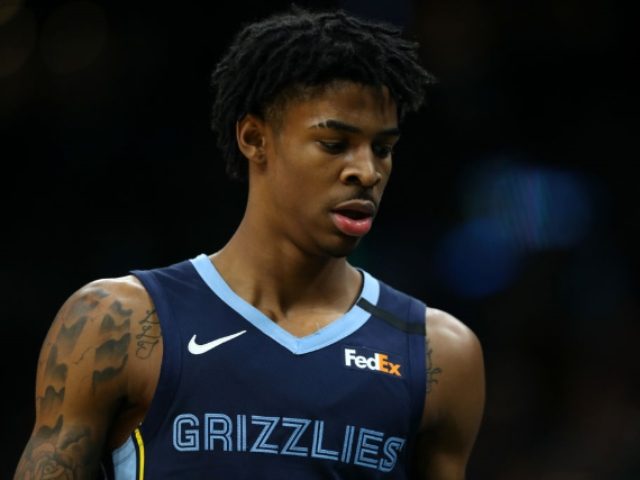 For context, the National Basketball Association and NBPA earlier announced that they were in talks with Nike to allow players to customize the names on the back of their jerseys as a way to support the Black Lives movement.

Morant, 20, on Sunday, shared an image on his Instagram story that suggested he was going to wear a jersey that read "F-k 12" - a negative reference against police officers.

Per the Commercial Appeal, he also followed it up with a since-deleted tweet: "want dat on my jersey fr". Hours later, Morant issued an apology.

"I want to first apologize for reposting something that didn't clearly and accurately convey what I wanted to share", Morant wrote. He said that his post was "intended to focus on the bad cops who get away with the murder of unarmed Black men and women, and those who continue to harass peaceful BLACK LIVES MATTER protestors". "I am thankful to the cops at Murray State who took care of me, and the cops who continue to watch over me with the Grizzlies".

In the apology, Morant went on to call for justice for Breonna Taylor, and added, "There have been too many Black lives taken by police that could have been prevented".

The personalized statements on jerseys are part of a long list of social justice messages the players plan to make through the remainder of the season, which restarts July 30 in Orlando, Florida.

The NBA and NBPA earlier announced that they were in talks with Nike to allow players to customize the names on the back of their jerseys as a way to support the Black Lives movement.

The NBA and NBPA started this initiative as one way to address the growing concern about the NBA restart posing as a distraction from the more important social issues the nation is facing today.