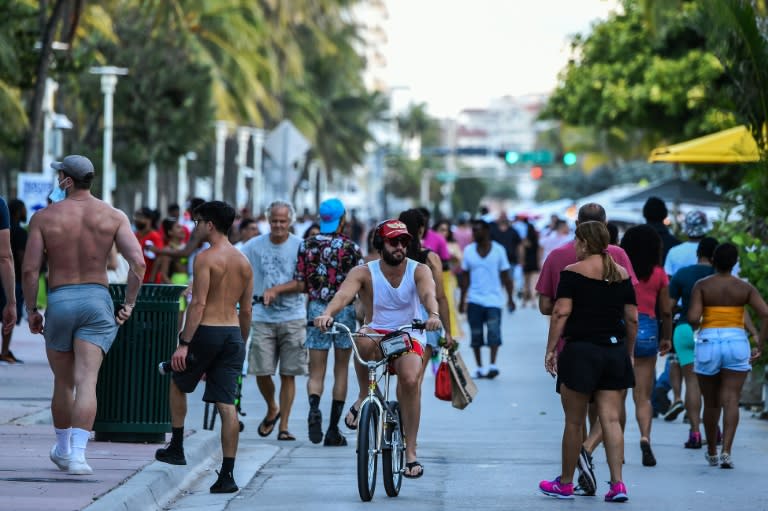 "Wearing a mask is not a political statement".

Earlier this month the Republican National Committee (RNC) chose Jacksonville to host part of this summer's party convention, after largely abandoning the city of Charlotte, N.C., over disagreements on coronavirus-related crowd restrictions. Curry, who did not attend Monday's news conference because of family obligations, could not be reached for comment.

Trump is now set to accept the nomination at the city-owned VyStar Veterans Memorial Arena in Jacksonville, which holds 15,000 people.

Last week - amid rising new cases of COVID-19 in Florida and concerns in Jacksonville's Duval County over the Trump show coming to their city - Republican Mayor Lenny Curry's office told Insider the mayor would "encourage" rally goers to wear masks, but stopped short of calling for a mandate.

"Please continue to practice personal responsibility to help stop the spread of this virus", the city advised on its Twitter account.

Hundreds of doctors in Florida sent a letter to Curry and the city council, warning that hosting the convention - which kicks off August 24 - would invite further spread of the coronavirus. The letter, which was delivered to Curry this past weekend, also urged officials to require masks.

"It is extremely risky and contrary to current public health recommendations to stage a large event in an area where the number of cases is surging", the doctors wrote. "The RNC should be postponed or very significantly reduced in numbers because of these risks".

The state health department reported 5,266 new infections and 28 new deaths due to COVID-19 on Monday.

Florida Gov. Ron DeSantis was asked Monday about Jacksonville's order. And it comes after Florida's seen a surge of new coronavirus cases the past couple of weeks.

White House spokeswoman Kayleigh McEnany said the president's advice is to "do whatever your local jurisdiction requests of you".