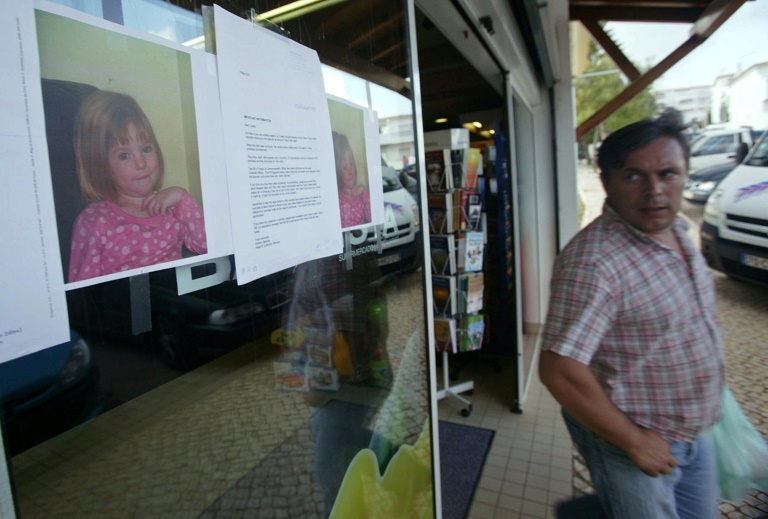 Public prosecutors in Braunschweig, Germany, are investigating a 43-year-old German citizen on suspicion of murder in connection with the disappearance of 3-year-old British girl Madeleine Beth McCann in May 2007, the Federal Criminal Police Office said in a statement on Wednesday.

McCann, who is British, disappeared from her bedroom on May 3 during a family holiday in Portugal while her parents were dining with friends nearby in the resort of Praia da Luz.

The man made a half hour phone call around the time Madeleine went missing and police want the recipient of the call to come forward.

DCI Cranwell confirmed that the man was known to frequent the Algarve area of Portugal between 1995 and 2007, and lived a "transient lifestyle" out of his caravan, staying for "days on end".

According to The UK Sun, the suspect is linked to both the camper and a Jaguar XJR6 with German plates seen in the vicinity of the crime in 2006 and 2007.

The day after Madeleine went missing, the suspect re-registered the auto in Germany under someone else's name, although it is believed the vehicle was still in Portugal.

Police have said that the man in question is white and in 2007 is believed to have had short blonde hair, possibly fair. German police are treating the case as a murder investigation.

The Met's investigation has identified more than 600 people as potentially significant and were tipped off about the German national, already known to detectives, following a 2017 appeal 10 years after she went missing. "Somebody knows something", said Cranwell.

Her parents, Kate and Gerry McCann, have endured 13 years of hell. He is in prison and we are conscious that some people may have been concerned about contacting police in the past. "We are appealing to you".

The force has said that it remains a "missing persons" investigation because there is not any "definitive evidence" as to whether Madeline McCann is still alive or not.

"He is now in prison and this might be a good time to come forward and talk to the police".

The caller, who is not thought to have been in the Praia da Luz area, is not being treated as a suspect, but is said to be a "key witness" in the case.

"The suspect had access to this van from at least April 2007 until sometime after May 2007".

Nothing was amiss when Mr McCann checked the children just after 9pm that night, but when his wife went back at about 10pm Madeleine had gone from the apartment at 5A Rua Dr Agostinho da Silva.

"Our main line of inquiry is this suspect", said Stuart Cundy, the Met's deputy assistant commissioner.

Vandals Damage Ohio Statehouse, Theater Amid George Floyd Protests in Columbus
After a night of violent protests that caused damage to the OH statehouse and several businesses in downtown Columbus, Gov. But the emphasis was on how to deal with those biases. "We've done a lot in OH , but we need to do more", DeWine said. 6/04/2020

DC's Legends of Tomorrow says farewell to a legacy cast member
Caity Lotz posted the video on Twitter , saying she hopes it provides followers a superb chuckle. This Tuesday, June 2, the CW aired the last episode of season 5 of the series. 6/03/2020