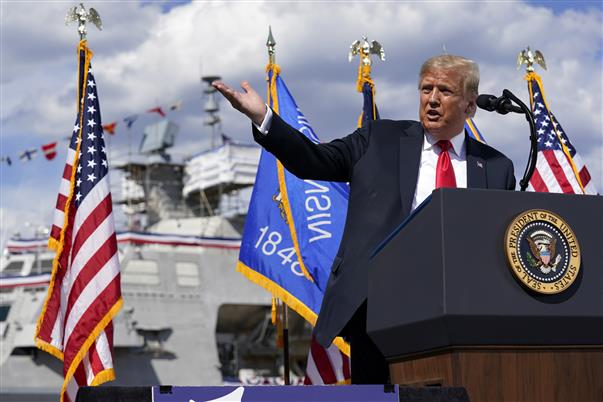 United States media outlet Politico quoting multiple people has said that several factors including the low turnout at the Oklahoma rally and Trump administration's criticism of handling the COVID-19 crisis has led to Trump's fall from grace.

In an interview with ABC News on the "Powerhouse Roundtable", Christie said the President is in big trouble.

"Under the current trajectory, President Trump is on the precipice of one of the worst electoral defeats in modern presidential elections and the worst historically for an incumbent president", explained former Trump adviser Sam Nunberg before adding that, should Trump's polling numbers collapse further, "He's going to be facing realistically a 400-plus electoral vote loss and the president would need to strongly reconsider whether he wants to continue to run as the Republican presidential nominee".

Biden is leading Trump by more than 9 points nationally, according to a RealClearPolitics average of recent polls. Amid the falling numbers, Trump's former National Security Advisor, John Bolton while promoting his book told a USA television channel that "I hope (history) will remember him as a one-term president".

The report notes that the Trump 2020 campaign has taken steps to stem the bleeding by bringing back some previous advisors but Politico's Isenstadt wrote that it may be too little, too late. Parscale had blamed "radical protestors" for "interfering" with the rally which led to a low turnout.