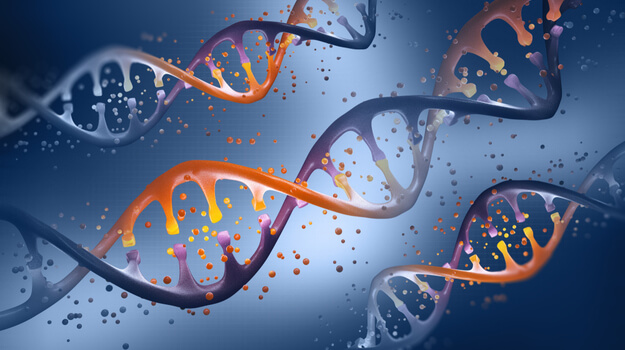 Biotechnology giant CSL could potentially pay more than $US2 billion ($A2.9 billion) for a gene therapy for haemophilia B, which may help people with the blood clotting disorder to stop bleeding.

UniQure N.V. on Wednesday said it entered a licensing deal which will provide CSL Behring exclusive global rights to etranacogene dezaparvovec, an investigational gene therapy for patients with hemophilia.

Last year, uniQure reported phase 2b results with AMT-061 - which aims to replace missing Factor IX in patients with haemophilia B - showing that the therapy raised levels of the clotting factor well above the level needed to reduce bleeding episodes.

Patients would only need one treatment, which would remove the need for ongoing therapies.

UniQure said it "will also be eligible to receive tiered double-digit royalties in a range of up to a low-twenties percentage of net product sales arising from the collaboration".

Under the agreement terms, uniQure will complete the phase three trial and scale up the manufacture for early commercial supply.

Clinical development and regulatory activities performed by uniQure under the agreement will be reimbursed by CSL Behring.

Matt Kapusta, uniQure's CEO, said the transaction will provide the company with "significant financial resources" to advance its pipeline of other gene therapy candidates, including AMT-130 in Huntington's disease.

"We hope that it provides patients with an alternate best-in-class treatment option, building on our legacy of delivering lifesaving innovations in hematology", Paul stated.

CSL Behring has put patients first by addressing the world's most serious, complicated and rare diseases for over 100 years.

AMT-061 contains an AAV5 viral vector which has shown to be safe and well-tolerated in many clinical trials.

uniQure plans to continue to leverage its leading gene therapy platform, including the Company's deep expertise with AAV5, to develop potentially best-in-class gene therapies. No patient treated in clinical trials with uniQure's AAV5 gene therapies has experienced any cytotoxic T-cell-mediated immune response to the capsid.

Cardi B claps back against bogus #CardiBIsOver party on Twitter
The wife of Offset continued: 'Doja Cat , Meg, and it's like I've spoken to Doja Cat before and my hairstylist do her hair. However, Cardi said that the screenshots being shared were photoshopped or edited to cast her in a negative light. 6/27/2020

Pakistan update on players' Covid-19 tests
Hafeez even took to Twitter to share his report and the PCB is not at all pleased with him. May Allah keep us all safe", Hafeez tweeted. 6/27/2020

Six weeks for trade deal with UK - Japan negotiator
Britain is scrambling to negotiate post-Brexit trade deals, including in acrimonious talks with the European Union , which last week brushed aside calls from British Prime Minister Boris Johnson for an agreement by July. 6/27/2020

Liverpool demolish Crystal Palace, move closer to the title
Liverpool have accumulated 86 points from 31 matches while City have 63 points in 30 matches. You made this possible for us and I hope we can keep bringing you the joy you deserve. 6/27/2020

Facebook will label newsworthy posts that break rules as ad boycott widens
Even further, Zuckerberg suggests posts that incite violence or suppress voting will be eliminated entirely. He has criticized Twitter's decision to label the president's tweets . 6/27/2020

Almost 9,000 new COVID-19 cases reported by FDOH on Friday
While Arizona did not set a new record on Wednesday, it did see a record for hospitalizations since the start of the pandemic. In Florida, a record surge in COVID-19 cases has brought the official death toll to over 3,400. 6/27/2020

Shocking: Arsenal player tells club his decision to leave the Gunners
Although Mikel Arteta said that he wants to solve the matters internally, reports say the Frenchman got a decent dressing down by the Arsenal coach. 6/27/2020

Gone with the Wind returns to HBO Max
In her introductory video, Stewart acknowledged that "watching " Gone With the Wind " can be uncomfortable, even painful". The Oscar-winning 1939 film was removed after the killing of an unarmed black man triggered protests in the United States. 6/27/2020

Six-times runner-up Mickelson gets exemption into US Open
Open Championship, which will be contested September 17-20 at Winged Foot Golf Club (West Course), in Mamaroneck, N.Y. Bodenhamer said the 36-hole qualifier in England typically is the strongest, along with one in OH after the Memorial. 6/27/2020

Police attacked by revellers at illegal music event in Notting Hill
The United kingdom government has also warned that groups should carry on to socially distance from folks outdoors their family. Police officers have been attacked while attempting to disperse crowds at an illegal party for the second night in a row. 6/27/2020

14 players test positive for coronavirus; 37 total cases
Clemson lists 120 players on its football roster, meaning almost one-third of coach Dabo Swinney's squad has tested positive. Once an individual completes the isolation period without symptoms, he or she is re-examined by Clemson's medical staff. 6/27/2020

Buccaneers LB Jason Pierre-Paul underwent minor knee surgery
After a pair of productive seasons, Pierre-Paul re-signed with the Buccaneers in free agency on a two-year deal worth $27 million. Pierre-Paul is coming off a 2019 campaign in which he recorded 8.5 sacks in 10 games. 6/27/2020