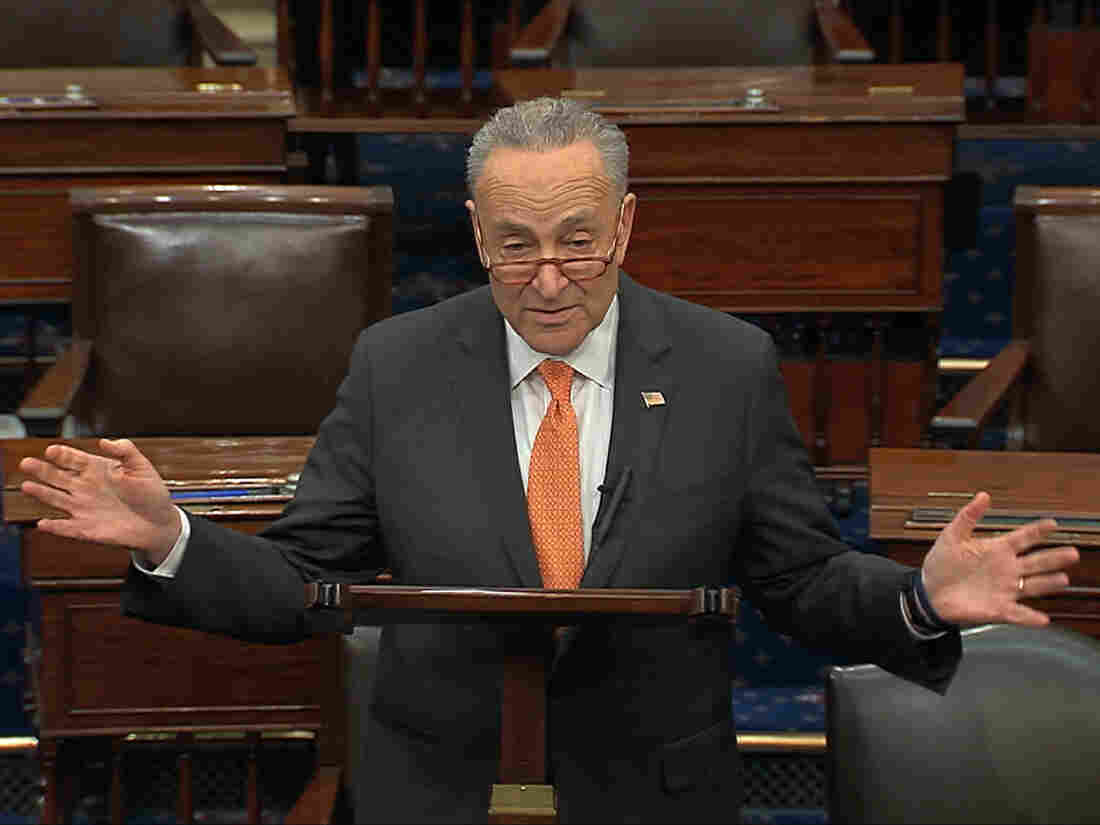 US senators and Trump administration officials have reached an agreement on a massive economic stimulus bill to alleviate the economic impact of the coronavirus outbreak, White House official Eric Ueland said early on Wednesday.

Republican Senate Majority Leader Mitch McConnell said from the floor of the chamber that "the urgency and the gravity of this moment can not be lost on anyone".

The sudden movement on the legislation occurred after House Speaker Nancy Pelosi said Tuesday that Republicans and Democrats had seemed close to bridging disagreements that had previously stalled the package.

The deal also includes "strict oversight, accountability and transparency" of all loans to "corporate America" enabled by the legislation, he said. "We are a country not based on nationalizing our business", said Trump, who has repeatedly railed against socialism overseas and among Democrats.

After days of vicious partisan infighting over what to include, in what ultimately may be the largest emergency rescue package lawmakers have ever passed, optimism remained that the package could still pass.

"The longer it takes, the harder it will be to start up our economy", he wrote.

The House Democratic proposal does not contain the "Green New Deal", as Trump's tweet suggested, but it does call for airlines that take federal aid to reduce their overall carbon emissions by 50 percent by 2050.

Democrats rejected the original Republican package, arguing it put corporations ahead of workers, including health professionals on the front lines of the battle against a pandemic that has infected 55,000 people and killed almost 800 in the USA alone.

Pelosi said Republicans had agreed to for an inspector general and a congressional panel of five people to oversee the aid given to businesses out of the Treasury's $500 billion loan programme for distressed industries.

"[The Democrats said] "We want green energy, let's stop drilling oil" - they had things in there that were awful", Trump said. Concerns from Democrats about the oversight of the $500 billion fund had been a sticking point over the past few days.

With the clock ticking, no vote has been scheduled yet in the Senate.

Mnuchin had shuttled between the Capitol offices of the Senate's leaders as they and staffers hammered out the language of the bill.

"If we get this package, we'll be setting the stage for a good rebound in the second half of the year", said Larry Kudlow, the White House's top economic adviser. His suggestion that the pandemic could ease and allow a return to normalcy in a mere few weeks is not supported by public health officials or many others in government.

For most people, the new coronavirus causes only mild or moderate symptoms, such as fever and cough. The president has insisted that the economy cannot be in shutdown mode for a lengthy period of time, despite concerns from epidemiologists that sending people back to work could prolong the public health crisis and toll from the virus.

Saif-Kareena pray for Italy, fans think they're stranded in that nation
While Saif and Kareena are safe at home, many on social media thought the couple is now in Italy after reading the post. Arjun Kapoor will next be seen in YRF's Sandeep Aur Pinky Faraar, which is also Parineeti in the lead role. 3/25/2020

Goodell tells National Football League teams to close facilities until at least April 8
As one league source told Schefter and Russini, "I think a lot of owners aren't sold on keeping it on schedule". Of course, many teams had already closed up shop, and others had limited personnel at their facilities. 3/25/2020

The U.S. could become the next epicenter of the coronavirus outbreak
Britain on Tuesday began curbs on movement without precedent in peacetime after PM Boris Johnson ordered everyone to stay at home. Government are weighing the potential benefits of Italy's measures against their damage to the economy and families' livelihoods. 3/25/2020

Bhula Dunga: Check Out Honest Reactions On Sidharth Shukla & Shehnaaz Gill’s Song!
Shehnaaz has openly professed her love for Sidharth and we hear that she was extremely happy shooting with him for the song. A user commented: "Sidharth ShukIa and Shehnaaz's scenes are so well made.Their chemistry looks so natural". 3/25/2020

Jeremy Renner requests child support reduction due to coronavirus pandemic
The actor, for his part, accused his "sex-obsessed" ex of sending nude photos of him to their custody evaluator. As such, the projects that I had previously lined up to film this year are likely canceled or postponed". 3/25/2020

US Fed expands bond purchases to unlimited amount amid virus shock
But analysts worry it is going to do little to offset the near-term economic harm accomplished by mass lockdowns and layoffs. The dollar index against a basket of peers was last 101.79, down 0.7% on the day. 3/25/2020

Former Sooners RB Trey Sermon heading to Ohio State
At Ohio State, Sermon will compete for the starting job at running vacated when J.K. As a graduate transfer, Sermon will be eligible to play immediately. 3/25/2020