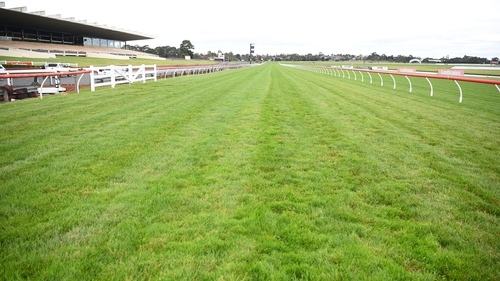 Racing has been temporarily suspended in the Australian state of Victoria until at least Friday while a participant is tested for Covid-19.

Racing Victoria pulled the plug on Wednesday's Sandown meeting after learning the person had been told by health authorities they were on a same flight on March 12 as someone who has tested positive.

The participant is not now displaying any symptoms.

The jockey is understood to have ridden at Randwick barrier trials on the 12th before jetting back on a Melbourne-bound flight while also taking part in the Golden Slipper meeting last weekend at Rosehill.

Harness racing in NSW has also been shut down after an employee of the Penrith club tested positive after coming into contact with another person outside the industry.

Racing NSW followed suit with the Warwick Farm meeting abandoned after five races and Hawkesbury on Thursday called off. The meeting at Launceston in Tasmania was over before it even started due to a track issue but racing was suspended due to the COVID-19 test.

Just as what HRV did with the Bendigo card, Racing and Wagering Western Australia (RWWA) made the decision to abandon the Tuesday live program at Gloucester Park.

"As my superiors have said, the health and safety of our riders in paramount".

"As a result of the protocols we've got in place have had to kick in and we've abandoned this afternoon's meeting at Sandown (Hillside) after Race 2 and abandoned tomorrow's meetings at Kilmore and Pakenham". Narromine will go ahead as planned.

Should the participant return a negative finding, RV will seek to resume racing on Friday while Racing NSW will resume racing in Sydney immediately subject to any government restrictions.

Lewis Hamilton slates "irresponsible and selfish" socialising
Azerbaijan joined Australia, Bahrain, Vietnam, China, Holland, Spain and Monaco in having to cancel a race due to the coronavirus outbreak. 3/25/2020

Olympics officially postponed amid COVID-19 fears
The Japanese Government said Trump called the decision to delay the Games until no later than the summer of 2021 "wise and great" during his telephone talks with Abe today. 3/25/2020

Coronavirus deaths soar in Spain
Spanish Prime Minister Pedro Sanchez said that the country's situation was close to its most hard since the 1936-39 civil war. The chains with a presence in Madrid have made 60,000 spaces available to the health authorities. 3/25/2020

Can pets be infected with COVID-19?
Our newsletter delivers the local news that you can trust. "There's no need to separate from your pet if you're feeling well. On the flip side, the CDC says, "Coronaviruses that infect animals can become able to infect people, but this is rare". 3/25/2020

Loss of Smell and Taste is Definitely One of the Symptoms
Marco Metra, chief of the cardiology department at a main hospital in Brescia, told the New York Times . However, Germany is not testing at the same rates as South Korea and the data may be skewed. 3/25/2020

British health minister, London mayor at odds over subway service
He said: "Nearly a third of staff are already absent - there aren't enough drivers and control staff to do it". He further added saying that TFL was running the maximum service they could with meager staff at this moment. 3/25/2020

Egypt imposes night-time curfew for two weeks: PM
Religious authorities have since Saturday shut all mosques and churches and halted prayer gatherings for at least two weeks. Listing the latest measures, Madbouly said nearly all government offices would now close their doors to the public. 3/25/2020

Bindi Irwin Marries Longtime Love Chandler Powell at Australia Zoo
Bindi first revealed she was engaged in a post on Instagram in July past year , sharing a number of images of the special moment. Irwin also confirmed there were no guests at the wedding due to the ongoing health crisis. 3/25/2020

Everyone Who’s Visited New York City Should Self-Quarantine
Across the United States , testing capability has been ramped up, with more than 2,20,000 tests in the last eight days alone. In New York City, the coronavirus is affecting a large number of people, including more than 200 members of NYPD. 3/25/2020