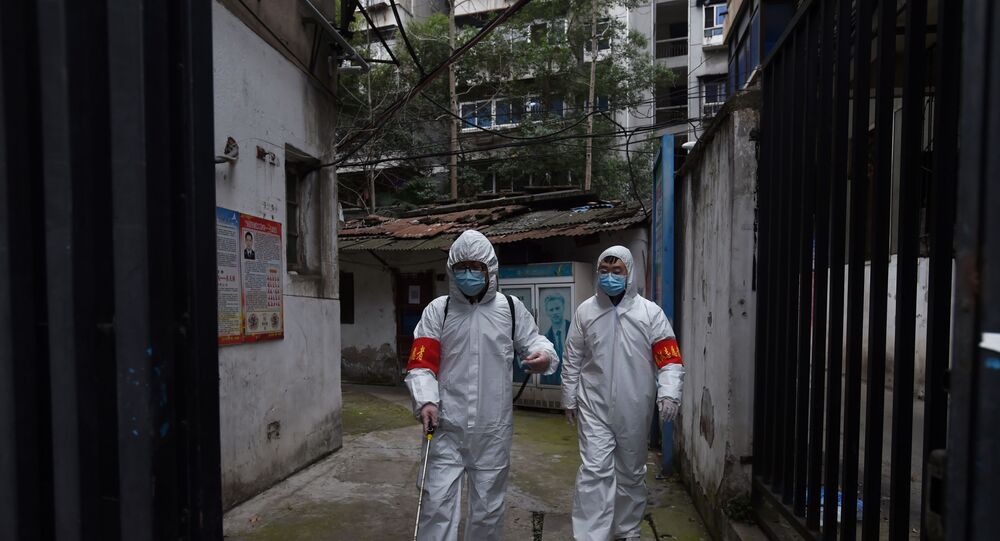 U.S. Secretary of State Mike Pompeo on Wednesday stepped up pressure against China for engaging in a "disinformation campaign" over the coronavirus pandemic, saying that the Group of Seven industrialized countries are all "deeply aware" of such activities.

As a result, just a day after G-7 finance ministers and central bankers issued a joint communique referring to the COVID-19 virus, the foreign ministers opted against releasing a group statement. U.S, officials pointed to Tuesday's finance ministers' statement to reject suggestions of G-7 disunity and said the foreign ministers had never meant to release their own communique. As of now, there are 375,498 confirmed cases of the virus globally.

In an interview with Washington Watch, Pompeo reiterated earlier claims that China's delay in reporting the virus has endangered people around the world, saying it "really put thousands of lives at risk", according to the BBC.

"The misinformation campaigns of Russian Federation and Iran, as well as of China, continue", he said.

"This is insane talk", he said, adding, "Every one of the nations that was at that meeting this morning was deeply aware of the disinformation campaign that the Chinese Communist Party is engaged in to try and deflect from what has really taken place here". China has been accused of trying to squelch information about the outbreak during its early stages, and some of its diplomats have openly suggested that the virus may have been brought to China from the United States.

Trump began calling COVID-19 "Chinese Virus" soon after rumors began circulating among Chinese officials that coronavirus found its origin in the U.S. Army, and he rejected objections from the media that the term might be "racist".

India announces $23bn welfare package to combat coronavirus
Social distancing is most important to fight against coronavirus because there are no medicines or vaccines", said Modi. India is now on a three week lockdown till mid-April as a measure to curb spread of the deadly Coronavirus. 3/27/2020