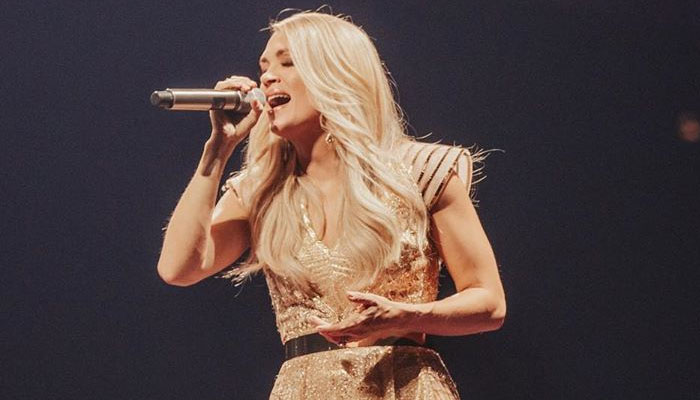 Her son young Isaiah thinks that her job is washing clothes, and folding them is her greatest talent.

Underwood posted the hilarious photo on her social media, adding the cutest caption to go along with it. "Soooo.apparently I'm 70 and I'm really good at doing the laundry", she joked to her followers. Let's just say he has some very interesting observations. Ouch! Maybe next year the 36-year-old should have her real age written out on her birthday cake for Isaiah to see. His answer to "What is my mom really good at", isn't singing or entertaining audiences worldwide.

Well, she does have a song called "Dirty Laundry" so Carrie's link to laundry seems quite strong at this point.

There are some really sweet moments in Isaiah's answers though.

It sounds like Carrie Underwood's son needs to learn a little bit more about his mommy!

He also has seemingly realized his mom is a vegetarian because he wrote "salad" when asked what Carrie likes to eat the most.

Finally, he is also well aware that his mom loves animals a lot so alongside 'If my mom had the time she would like to, ' he wrote 'ride horses'.