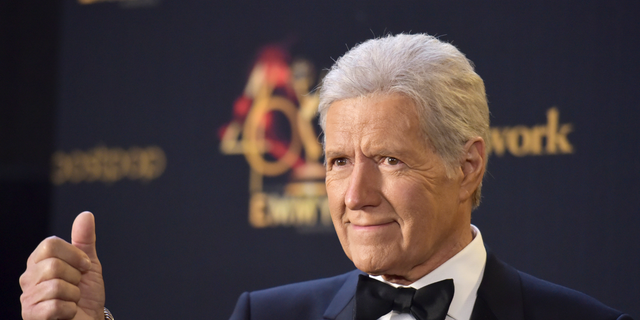 The "Jeopardy!: Greatest of All Time" tournament continues into its fourth round Tuesday as one of the show's three biggest winners comes closer to winning $1 million.

The competition between James Holzhauer, Ken Jennings and Brad Rutter kicked off earlier in the week, with Alex Trebek hosting the game.

The third Daily Double was all Jennings', and he successfully answered "What is The Rose Tattoo?" to the clue, "In this 1951 play, Serafina's dead husband sports the title ink on his chest". The two runners up will receive $250,000 each.

Ken Jennings became a household name during his record-breaking 74-game streak on Jeopardy! . Rutter has won more money than anyone in the game's history. As of today, his winnings total $3,370,700.

In the second round, Rutter hit the second Daily Double of the episode-and lost it all when he bet everything on the answer "Who is Faraday?" instead of "James Clerk Maxwell" to the clue, "One of Britain's greatest minds was this 19th century physicist and author of A Treatise on Electricity and Magnetism". His winnings to date are $2,712,216.

Brad Rutter holds the record for being the highest money victor of all time across any television game show. His winnings to date are $4,688,436.

Jennings won the first and third nights of the GOAT tournament last week. In the second half, Holzhauer put on a strong showing, charging into Final Jeopardy with a strong lead.

The fourth day of the tournament was a little closer; Ken pulled way ahead by the end of the first game, but James caught up in the second, finishing the second game with nearly double Ken's score in that game.

Rutter, meanwhile, struggled in his final match, finishing with 2000 points or fewer heading into both rounds of Final Jeopardy. Ken pulled away at the end, being the only one to answer the question correctly.