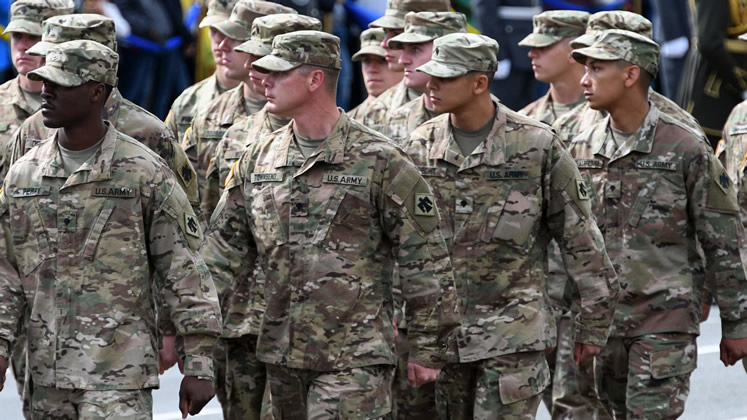 President Donald Trump had initially said he was told that no troops had been injured in the strike.

During the World Economic Forum in Davos, Switzerland, Trump was asked to explain the discrepancy between his previous comments that no USA service member was harmed in the January 8 Iranian missile attack on Al-Asad airbase in Iraq, and the latest reports of United States troops being treated for injuries sustained in that attack.

On Wednesday, Trump appeared to play down the injuries, saying he "heard that they had headaches and a couple of other things".

The Pentagon said Friday that 34 of its army men had been diagnosed with traumatic brain injury following strikes by Iran on a base in Iraq earlier this month.

Seventeen troops are still under medical observation, a spokesman said. Another is back in Iraq after being sent to Kuwait for evaluation, and 16 are back on duty in Iraq following their diagnosis.

The updated numbers are a significant increase over last week's disclosure that 11 service members had received treatment for possible Traumatic Brain Injuries.

Tehran carried out precision strikes on the Al-Asad and Erbil coalition bases in retaliation for the Trump administration's assassination of Commander General Qassem Soleimani by airstrike at Baghdad airport.

Trump has repeatedly claimed that no Americans were harmed in the missile strikes, an outcome that he said drove his decision not to retaliate further and risk a broader war with Iran. Rep. Bill Pascrell, D-N.J., wrote senior Pentagon officials on Thursday requesting additional details on casualties from the attack.

But its handling of the injuries following Tehran's attack has renewed questions over the US military's policy regarding how it deals with suspected brain injuries.

South Africa: Quinton de Kock replaces Faf du Plessis as ODI captain
Some would argue the best thing de Kock could do to help is score runs, and he is already making big strides in that regard. He has a unique outlook and manner in which he goes about his business and is tactically very street smart. "Definitely. 1/24/2020