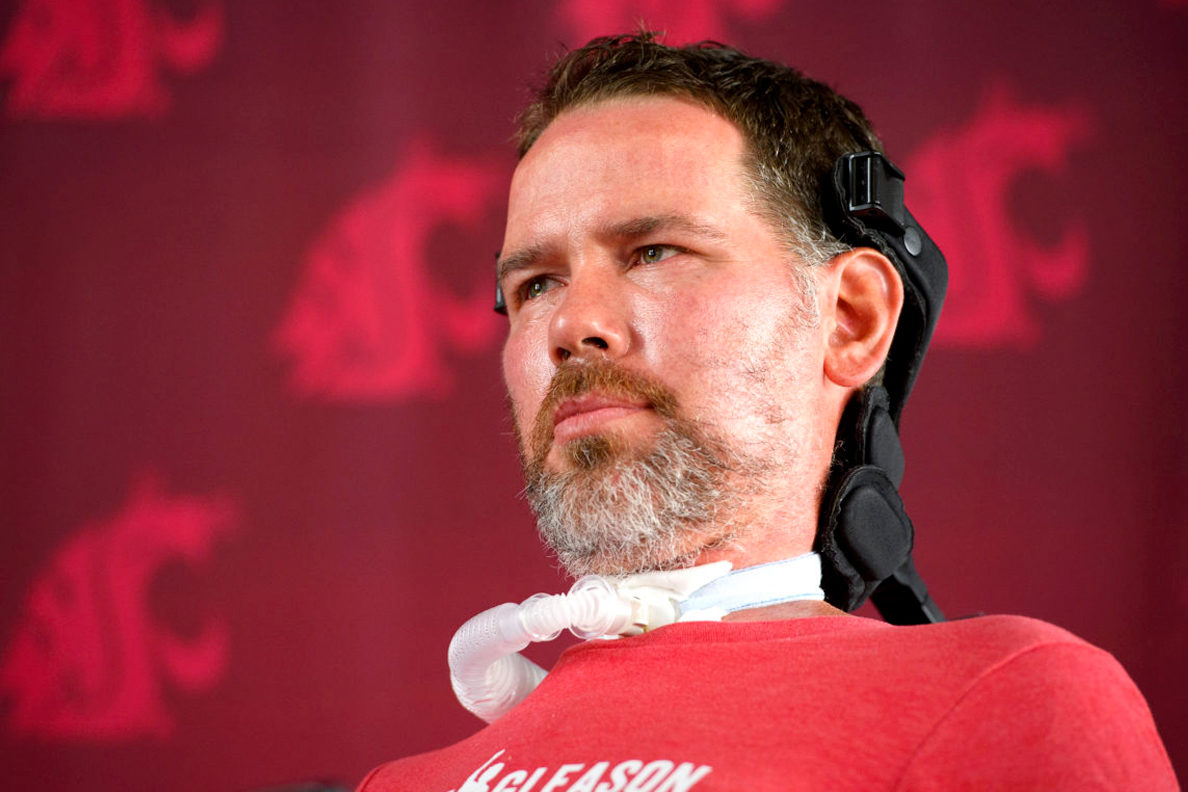 Team Gleason, Gleason's foundation, has provided nearly $10 million in technology, equipment, care service and adventures to people living with ALS and also works to raise awareness of the disease and creating conversations aimed at finding solutions and an end to ALS.

"We as a country, and more appropriately, we as a global species face enormous challenges in the coming decades of the 21st century, "Gleason said at the ceremony".

"While sharing one's weaknesses may not be common practice for people, especially for politicians in an election year - wink, wink - sharing my weaknesses was entirely critical for me to play eight years in the National Football League", he said, noting the importance of collaboration in solving problems and overcoming obstacles.

The medal features Gleason in a Saints jersey.

Gleason's most spectacular moment on a football field came when he blocked a punt against the Atlanta Falcons to spark a Saints victory on the night the Superdome reopened in 2006 post-Hurricane Katrina.

Gleason's play was such an important part of the team's history and the city's recovery that it was immortalized in a 9-foot-tall bronze statue outside the stadium called "Rebirth."

Former NFL player Steve Gleason has received the Congressional Gold Medal - the highest civilian honor bestowed by Congress - for his work as an advocate for people with amyotrophic lateral sclerosis, also known as Lou Gehrig's disease. "Not even elected officials, National Football League players or even the most holy saints", Gleason said after receiving the honor. He will be one of just eight professional athletes that receive the Congressional Gold Medal.